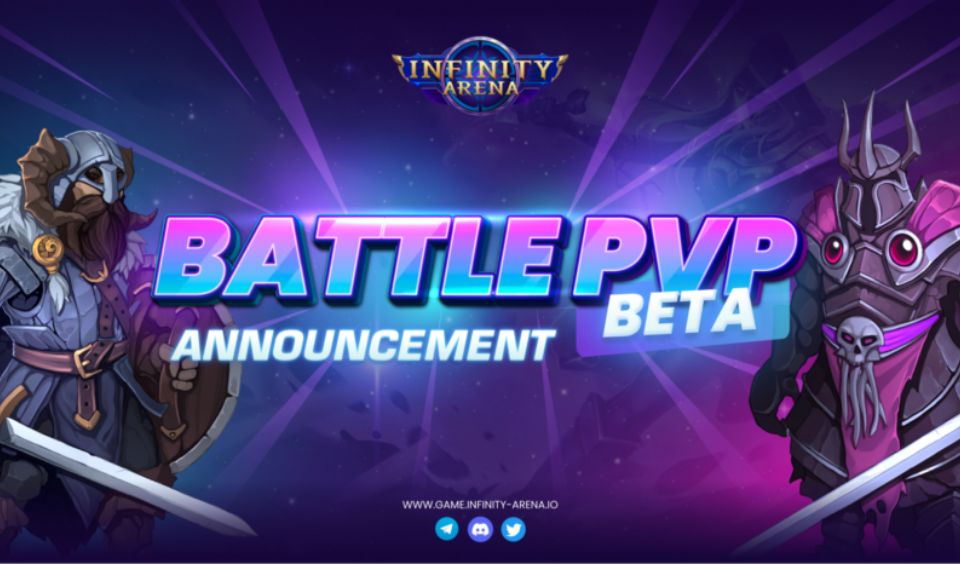 Infinity Arena has unveiled the Battle PVP Beta campaign. For the first time since the project’s launch, users will be opportune to edge out their opponents in duels. Besides game trial, there will be a whitelist to allow players to equip themselves and increase their chances of emerging victorious.

Here to meet the 4 mighty #InfinityArena Heroes that will join us in the upcoming battles in November 💥 Which one will you choose to lead your army conquering glorious victories? ⚔️🏆

During the period, the developers will round up with this game mode’s design. While issuing this update, the team also pleaded with INAZor community to understand and support this experience. This is because they are prioritizing player experience.

The Infinity Arena PVP Beta Launch is a private testing exercise and will go live on the 14th of November by 8:00 AM UTC. This event will continue for 2 weeks and end on the 28th of November at 8:00 AM UTC. When this game mode is launched, every player will receive a complete set of 30 Guardian Decks that are randomly generated. They will also select a Hero to represent them in battle. To those wondering, there will be a system that will auto-match you with your opponent in the beta test.

Like the card, the mechanism will indiscriminately pick an opposition from the players available at that point in time. When the duel begins, every participant will get the opportunity to draw a card from their deck into their hand and play it to the board at intervals. There are no limits to what you can do once it is your turn. You can either draw a card, play it, activate the Guardian’s special ability and attack the enemy simultaneously.

Infinity Arena PVP Beta Launch aims at helping gamers develop efficient strategies they can employ when the official version is released. Participants can learn how to exploit the Guardians’ Attack/ Life/ Mana Cost statistics and special Abilities till they vanquish their opponent. There will be no NFT or token rewards in this testnet. However, there will be 2 contests for everyone to win prizes from. They are as shown below: