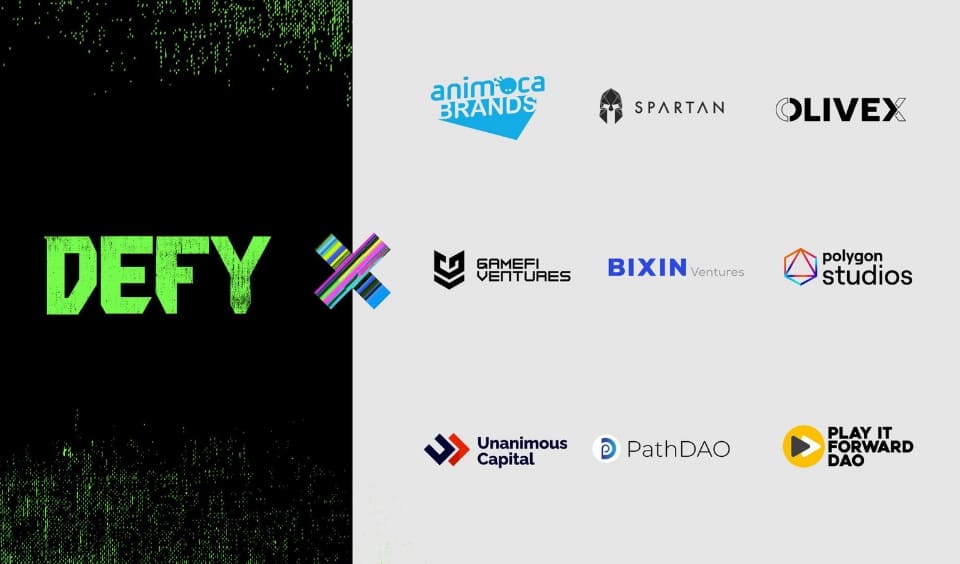 DEFY Labs, the developer of the DEFY move-to-earn augmented reality game has raised a $3.5 Million Seed. While making this announcement, the game developer also gave insights into its projects and their timelines. This includes the launch of the Alpha version, Trailer Drop, IEO/IDO and many others. Here are the details.

We've got a big month ahead of us

DEFY Labs is proud to announce the completion of our US$3.5m seed round lead by @animocabrands @olivexai @TheSpartanGroup

Details of the DEFY Labs $3.5M Seed Funding Round

This funding exercise was led by Animoca Brands, OliveX and Spartan Group. It also included other investors like Polygon Studios, GameFi Ventures, Bixin Ventures, Unanimous Capital, PathDAO, and Play It Forward DAO. According to DEFY Labs, the $3.5M Seed will go towards expanding its team. The funds will also enable game development and for improving the AR features of the mobile App.

Ben Pember, CEO and Co-Founder of DEFY Labs shared his excitement over this achievement. Here is what he said:

“With a dynamic team that believes in the potential of merging physical activity, mobile gaming, and Web3 rewards, DEFY Labs is combining augmented reality with exploration and gamification to create the first-ever move-to-earn AR game that is in a genre of its own. Our early investors believe in our vision to change how mobile gamers interact with the world around them”.

The Executive Chairman and Co-Founder of Animoca Brands, Yat Siu is also excited about this project. Sharing his thoughts, he said:

“DEFY has the potential to serve as a bridge for the massive casual mobile gaming community to enter the world of NFTs. DEFY is transforming the experience of owning NFTs by introducing AR technology, contributing to making the open metaverse more physically engaging”.

Kaith Rumjahn CEO and Co-Founder of OliveX also had positive words about this project. Here is what he said:

“The DEFY team’s background with producing world-class AR games for brands such as Red Bull and AIA makes them a leader in the AR move-to-earn space. With our plans in the DOSE fitness metaverse and our newly released Dustland Runner app and website, we see a lot of room for collaboration with the team”.

What to Expect from DEFY Game

The gameplay of DEFY involves a combination of AR technology and interaction with the player’s location. This will offer users a Robin Hood type of experience, where they get to fight against evil tech conglomerates. One of the aims of this project is to encourage players to explore their physical environments while earning rewards. These rewards include both NFTs and cryptocurrencies.

DEFY is set to offer its Virtual Private Mask NFT for sale. Individuals who buy this NFT will be the first set of players to access the game. Furthermore, they will also enjoy special benefits like early token claims. There are only 8,888 of these digital assets, and they signify an early player status. As such, holders will get certain decision-making benefits,