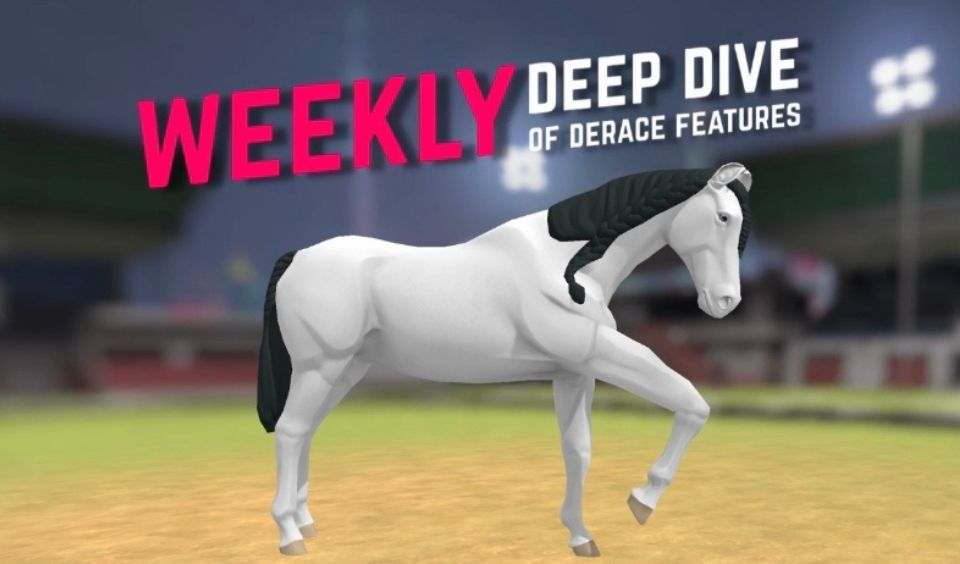 Following the launch of the Beta Game, players have been racing their horses. Despite the number of races, some players do not yet understand DeRace general race mechanics. This is causing them to lose more races than they win. It is also making them complain about not winning races.

DeRace is a very transparent game that wants to bring credibility to horse racing. Therefore, it is issuing the general mechanism of how the racing gameplay works. This announcement is part of the new weekly deep dive via DeRace Medium Page. Here are the details of the game’s racing mechanics.

Prior to the launch of the beta game, DeRace said that there will be two aspect of horses features. One of them is the physical features that players can see. They include the horse’s colour, breed, class and so on. However, these features will not likely influence the outcome of races. On the other hand, it is the following features that will influence racing outcomes:

However, players will not be able to see these influential features. Furthermore, these components only increases the chances of a horse winning. They do not solely determine which horse will be winning which races.

Despite the influential features, there are still certain features that will influence racing outcomes. For example, horses that are lagging behind will receive a boost. The reason is that they do not want to finish last. Furthermore, the leading horse will also receive a boost when other horses are catching up to it. This is because it does not want to lose its position in first place.

Speaking of the mechanics, the game is making the game as real as possible. Take for example, a horse with the best features may come last because it is having a bad day.

To better understand DeRace general racing mechanics, see it as Random Number Generation system. However, parameters like speed, stamina, reaction time and racing tracks will be playing influential roles. So, everything is not exactly down to just luck.