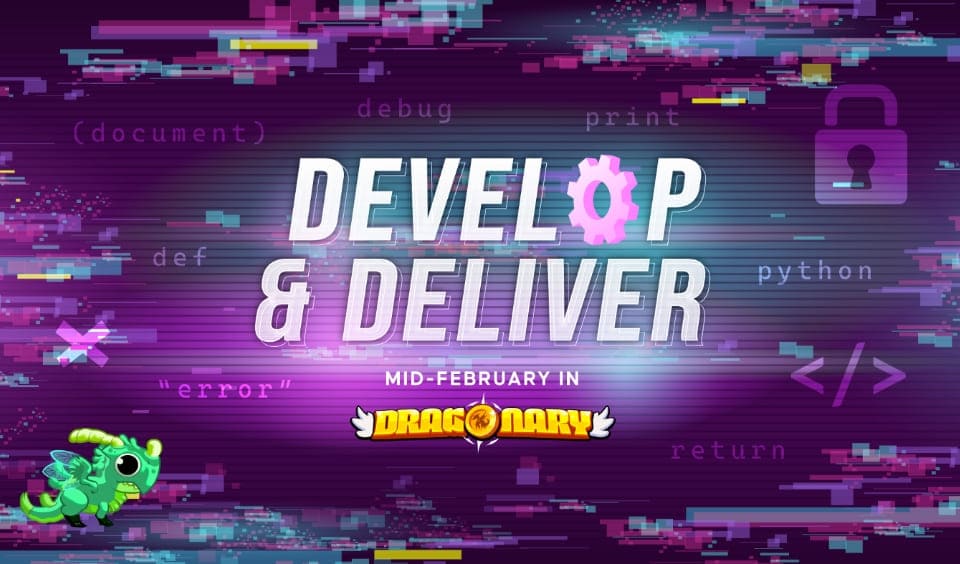 Earlier on, Dragonary outlined the progress it made in January. Following that report, it is issuing the Dragonary Mid-February Improvements and Updates. The blockchain game made this announcement via the Coinary Blog. Here are the details.

On the last entry of Dragonary's development sessions, you learned about January implementations.

Today, you will learn about where does Dragonary stand on the development of the promised virtual F2P full access experience.

Details of the Dragonary Mid-February Improvements and Updates

With this update, Dragonary edges closer to the goal of creating impressive video games. In this release, the game reveals the result of months of tireless output by its development team. Below are some achievements of the dev team:

Since the period of announcing the introduction of virtual accounts, there has been significant progress. At the time of this release, players can now activate virtual breeding, Users can also fuse virtual dragons. Another progress is the integration of the Virtual Embers into the forge.

There are also improvements in the user experience. Especially when selecting virtual dragons. Drago is now the new payment method in virtual games. Dragon cards in virtual accounts now have the latest frames. You can now also disenchant virtual rare dragons.

Noting can ruin a video game faster than poor user experience. As such, it is not surprising that Dragonary is significantly improving the visual aspect of gameplay. In the virtual edition of the game, Dragons will now have an opportunity t fight in a new arena. The element of this arena is close to the sea, yet it is not the water element.

Although there is no exact detail on this element, there are other improvement. For example, players can now choose from a wider variety. You will also get new avatars and new frames. The storage tabs are now in a batter shape. You will be getting a better arrangement experience.

As stated in its 2022 roadmap, new dragons are coming to the Dragonary game. Just as with the Poison Dragon, there will also be new elements. However, it refused to disclose details of this new element. Despite promising that it will be looking very good. There will also be introduction of new dragon skins.

A new ice skin will be coming to the store. There is also another dragon skin coming to the game’s store as well. Unlike other skins, this one does not reveal itself until the dragons senses upcoming rain.

Structure of the Islands and iOS Implementation

There are also updates in regard to the in-game island. This involves designs that will make each island unique. On a final note, the Dragonary dev team is working to bring the game to iOS users. It will give further updates during its AMA on February 18th at 1pm UTC.