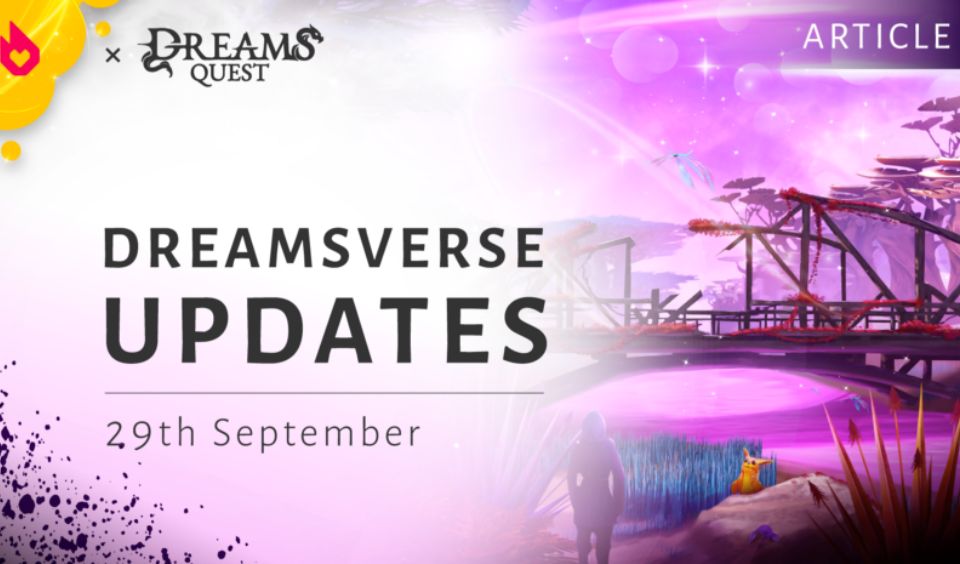 With the month ending, Dreams Quest issues the DreamsVerse September 29th update. This edition introduces the characters and their storylines. It also features insights into discussions of the gaming panel and the fandom quiz test. According to the team, these details are essential as the Origin game launch draws closer.

The bi-weekly DreamsVerse Updates Issue is Out 🔥

🌟 In this issue, we shed light on the essential pillar of the game – the lore and storyline of Origins

As mentioned earlier, in-game characters and their storylines are significant components of the DreamsVerse September 29th update. Following the Fandom release, the team gave everyone a glimpse into Azoria, the Ancients and defining traits of their characters. Subsequently, there will be a gradual unveiling of the Origin races that will determine the course of gameplay.

In this edition, DreamsVerse unveils the Reok Race. These are the most gentle ancients within the realm. They are also guides that aim to ensure that life continues to flourish. In addition, players also got a glimpse of Limora from the Elestria race. Serving as guides, they can help us through their knowledge to enable you reach mysterious locations.

In addition, Dreams Quest also worked with other leading projects within the GameFi space. This partnership is to share their ideas on building an immersive user experience. Members of this panel include Crabada, Realm, & Polychain Monsters. This session took place on Twitter and anyone who missed out can listen to the recording.

Dreams Quest is celebrating its recent achievement by shortlisting Dreamers for the Alpha and Beta or Origins. The team will introduce a quiz consisting of different sessions every week. Those who answer correctly will get to try out this newly launched game. Over the past month, there has been four different quizzes. Over this period, Dreamers who won the opportunity to explore different realms of Origin by trying out different versions of the game.

While issuing this update, the team also stated that it was delighted by the participation of the community. Especially with more players climbing up the ranks and unlocking exciting rewards. According to the announcement, some users have gotten to Level 15 and now access to the VIP lounge. More so, others have reached level 30 and secured their alpha testing spots.

Meanwhile, they are further encouraging everyone to get to level 15 before November 2 and obtain the OG role on discord. This function gives you access to exclusive NFTs from Dreams Quest that will become user after the game launch.

My Neighbor Alice, The Charming Farm and Builder Game in Blockchain