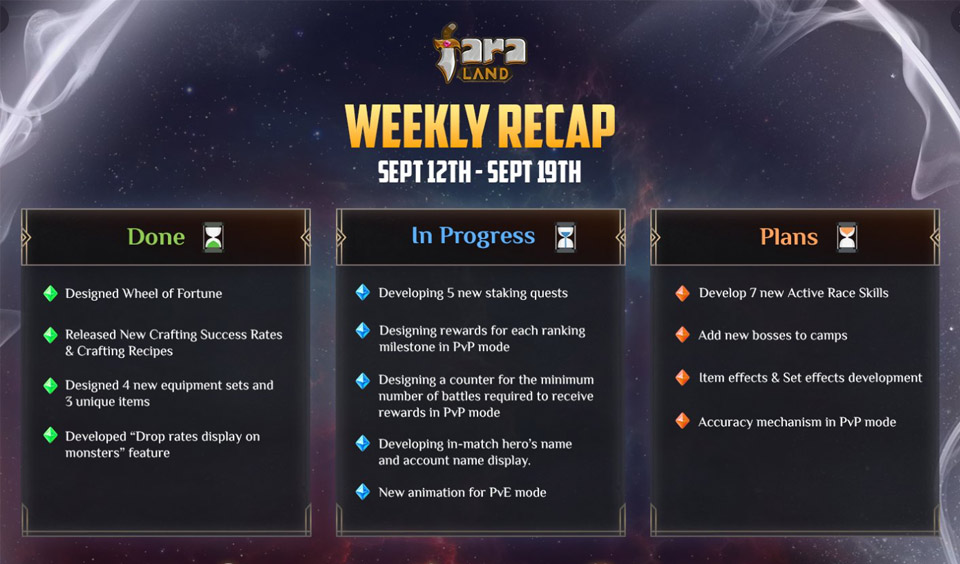 The multi-player RPG NFT-based game on BSC, Faraland, has released its weekly update focusing on projects it completed within the past week and projects in progress.

It further revealed new projects the community can look forward to in the coming weeks.

🔥 Let’s check what we have completed last week

Highlights of the New Update

According to Faraland, set items under the Lady of the Lake feature will not include sub-weapon and main-weapon. They will come under the Crafting feature.

The game platform allocates the high rarity materials to wheeling of fortune to enable players with strong heroes to stake and get rewards without farming.

Five New Staking Quests: The game platform is currently working on new staking quests to enable players to have more opportunities of getting tickets to use the Wheel of Fortune.

Other projects Faraland is working on include:

Faraland will be adding new features and items to its platform soon. The highlights of these upcoming additions include: