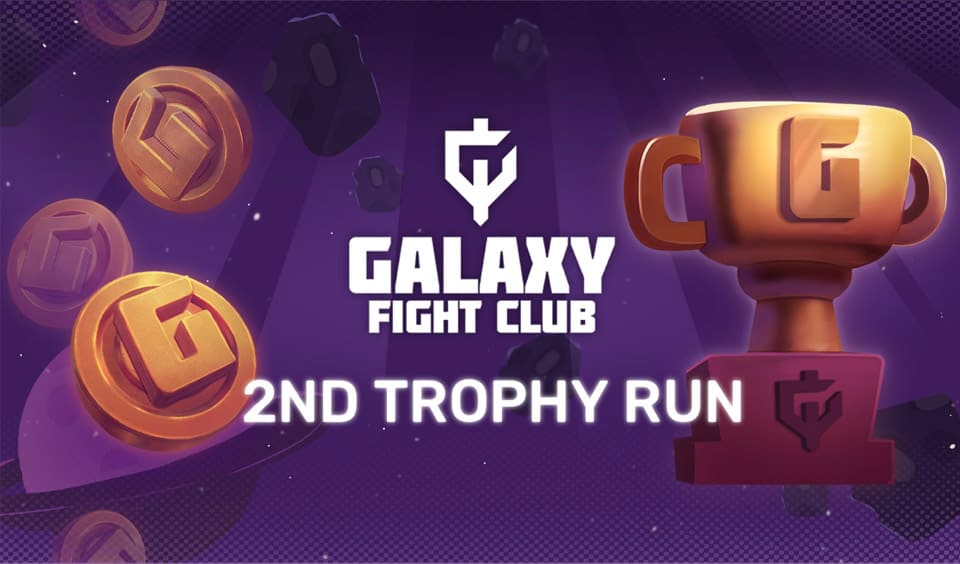 Following its first edition of the Cross-IP Championship Trophy Run with over $250,000 in prizes, the cross-IP PVP NFT-based game, Galaxy Fight Club, has announced the second edition of its Trophy Run. The event is open to all participating projects and comes with more exciting prizes.

The game platform has announced that it will host a live stream where it will reward winners of the first trophy run on its official YouTube channel. Following the reward event, it will launch the second edition of the Trophy Run.

This time around, we are rewarding up to 15 participants from each community who reach 500 trophies with weapons, keys, fighters, $GCOIN and more!

Use this time to prepare, practice and find teammates for the BIG, exclusive qualifiers! 🔥https://t.co/ByDCgy8L93

Like the first, the second edition of the Trophy Run will span two weeks featuring several participating projects. NFT holders of any of these projects can participate. The projects include Crypto Raiders, Lost Realms, Bored Box, Doge Pound, Illuvium, Cyberkongz, Frontier, and others.

To participate in the event, all you have to do is go to the official website of Galaxy Fight Club and click the “Enter” button. Next, you will download the game using the available links on the platform. The game is compatible with Android and iOS devices.

Details about the Rewards in the 2nd Trophy Run

The game platform has upped the rewards from the first Galaxy Fight Club Cross-IP Championship edition. In the second edition, the platform will reward up to fifteen participants from each game community who attain 500 trophies with $GCOIN, fighters, keys, weapons, and more.

Players are encouraged to use the time leading to the big event to find teammates, practice, and prepare to become exclusive qualifiers. In addition to the aforementioned prizes, Galaxy Fight Club announced it is raffling off an extra B64 Bored Box NFT worth 0.64 ETH from its partner, Bored Box.

The platform will give this reward to anyone who shares a gameplay video on Twitter tagging Galaxy Fight Club and the game they represent.

TRM 2 Records a Huge Success in Its Beta Test 2.0