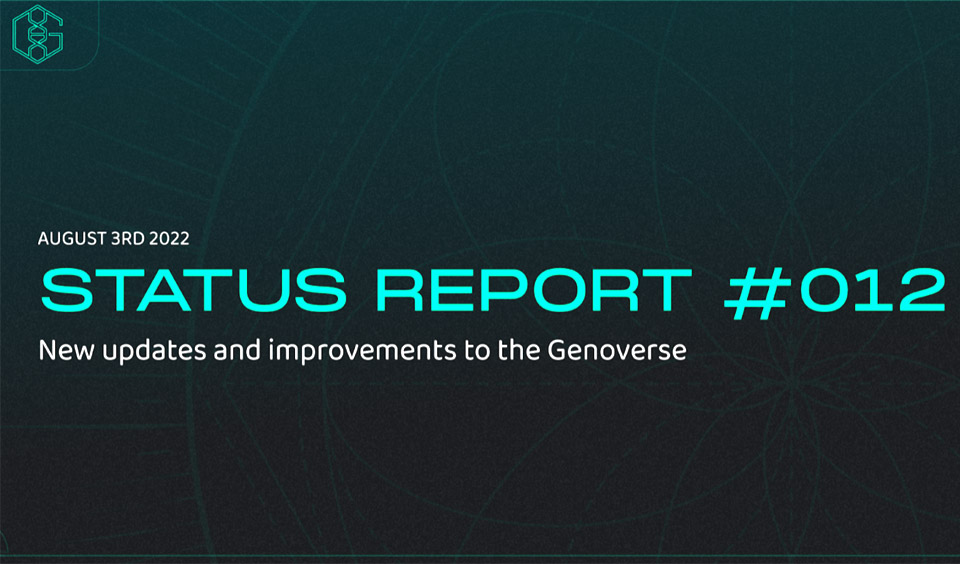 Genopets, the world’s 1st move-to-earn NFT-based RPG game metaverse has released status report #012 detailing new improvements and updates to the Genoverse. According to the team, it has been working over the past weeks to improve users’ gaming experience.

In the status report, Genopets reveals different items that its team is currently working on. While some have been completed, many are still work in progress.

The Launch of Habitat Management

Following recent events within the Solana ecosystem, which have affected the Genopets Community in the past forty-eight hours, the game platform is postponing the launch of its Habitat Management. The event, slated to hold from August 5 to August 10, has been postponed.

Users currently in the beta can start earning from August 10. It is worth mentioning that Habitat Management will be available on the Inventory tab of Mainframe for private beta players from August 10 at 3:00 pm UTC.

Users in the eligible groups of private beta testers can begin to explore the game this week. Following this, the game platform will begin to send invite codes to more gamers on the waitlist each week to enable everyone to get started with the game.

It should be noted that everyone would not be invited at once. However, more players will be invited each week as the team evaluates and monitor the growth rate of the game.

The game platform has officially collaborated with Magic Eden. With this collaboration, Genopets will be available to users on the Magic Eden marketplace.

That means gamers can look forward to a better experience where they get to buy and sell SFTs in volumes with just one click. Additionally, there will be lower minting fees because both Genopets and Magic Eden share one Mint Account on Solana.

SFTs are Semi-Fungible Tokens and assets that users can mint in volumes that are greater than one. They are more like the NFTs’ cousin but unlike NFTs, SFTs can have the same minting address and also be stored on the blockchain. These tokens are useful for collecting stackable items in Web3 gaming.

Other Highlights in the Status Report