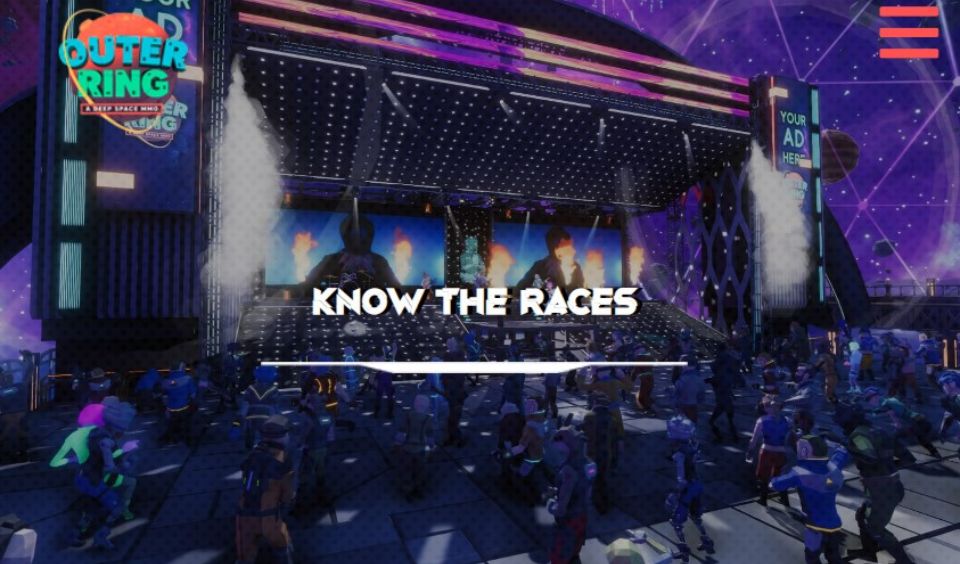 As it advances toward the launch of its play-to-earn project, Outer Ring unveils the five races that inhabit its metaverse. Each one of them has its unique features, abilities and history. To help intimate players with these species, the team is issuing a breakdown.

📚The five races that inhabit the Outer Ring have a deep history behind them.

Find out a small part of it before our official novel comes out 🔽https://t.co/n6RjB6IskS

There are different beings on the planets of the Outer Ring. These races have certain advantages in various aspects of gameplay. Players need to have details of this knowledge, to make the most of their gaming experience.  Here is the breakdown of the habitants in Indabi Nebula.

Originally from Earth, these creatures are stubborn and greedy. Despite their terrible attitude, these species are also very resilient in their endeavours. They constantly improvise and seek no ways to adapt and survive. This is necessary for their sustenance. Especially as they do not have much experience exploring space.

However, they are now forced to do so because of a nuclear winter that had made their home inhospitable. At the moment, the Earthlings head the federation. This is an organization that looks to bring stability to the universe. This body also acknowledges humans as the superior race.

Do not allow their elegance to deceive you, these are very vicious creatures. They have dedicated their entire lives to hunting, fighting and killing. Besides bloodshed, they have also devoted themselves to Vassal – a Block Hole who they believe is the God of Death. They scour the universe and take out civilizations, considering death by the blade as the means of freedom. No one who crosses their path lives to tell the tale.

They think that ending the lives of their victims is freeing them from torment and offering them eternal rest in the void of Vassal.  This race ended up in the outer ring after Vassal expanded and absorbed their solar system. Instead, the Va’ans saw this as a call to spread the gospel of freedom in death.

These are rightful rulers of the mightiest empires that soon became blinded by their success. Despite their wisdom, these mollusc-like entities are very fragile creatures. So frail that they need an exoskeleton to survive. However, they soon created suits that enabled them to connect to devices and process information as fast as computers. Following the self-destruction of their domain through grid, they moved to the outer ring with plans to build a new one.

Considered the least advanced creatures, Scavengons are organized in a system of fifty cases. Va’ans hunt them down for the medicinal poultices their bodies produce. As a result, many fled their homes and sought refuge in space. Some got infected with a parasite that now controls their mind and body. Most members of this race lead nomadic lifestyles. While the infested ones aim to spread the virus and control all living things in the outer ring.

These are fully-artificial and complex structures devised by the oracles. They were designed o fight against infested Scavengons. However, they broke free from the control of their creators. Mechs now roam the universe as wayfarers looking for the meaning of their existence. They dedicate their lives to constructing brighter futures for the other races.