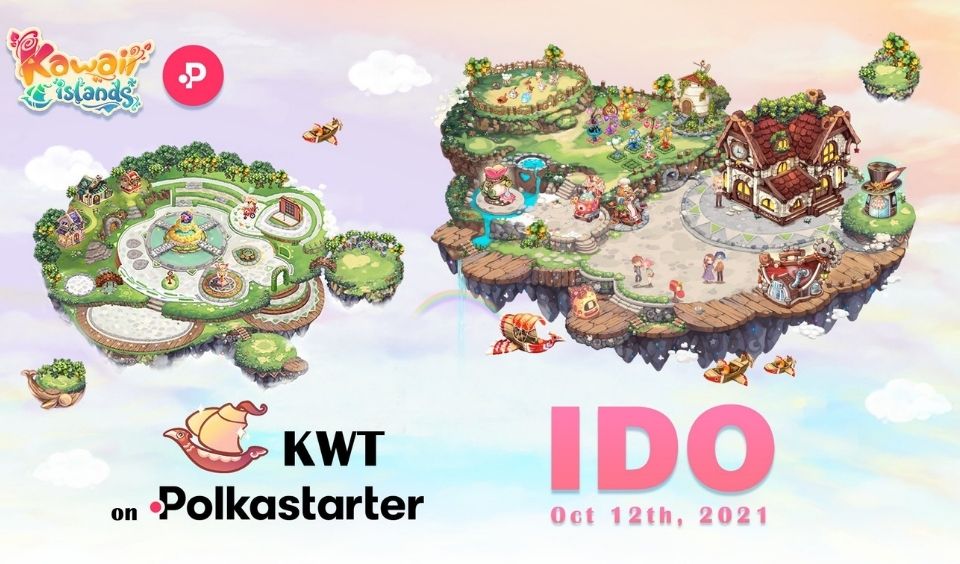 Kawaii Islands is one of the most active decentralized apps. It has no less than 10,000 active users daily. It currently boasts of more than $1.2 million in trading volume. This is asides the $300,000 players in player earnings since the launching of the game’s the Alpha version in September 2021. As a result, the game is giving everyone an opportunity to benefit from its ecosystem with the Kawaii Islands IDO launch.

The blockchain game launches the KWT token in an initial DEX offering on the Polkastarter platform. This launch makes the KWT token available for sale to interested individuals. The IDO follows a successful private sale where it raised $2.4 million from 28 leading investors.

Many reasons to get the KWT tokens are stated in the Kawaii Islands road map. Following the IDO, there will be KWT staking and NFT farming on the blockchain.

There will also be other events where holders of the KWT token can rent in-game tokens to third parties. Members will also be able to launch their business on the blockchain.

Speaking of the lauch, here is what Minh Do (the CEO of Kawaii Islands) said:

“We would like to express our deepest gratitude to all the supporters of the project. Since day one, we’ve been continually in the good graces of many wonderful investors, partners and our thriving community. We are really looking forward to the journey ahead and further developments of the Kawaii Islands project to provide the best NFT gaming experience for our community.”

“We cannot endorse Polkastarter highly enough. Other than being one of the greatest launchpads for blockchain projects, the team behind Polkastarter also provides us with their invaluable knowledge and extensive connection in the field – not to mention the secure decentralized environment that ensures the safety of funds.”

Kawaii Islands is an anime metaverse that puts players in full control of the gameplay. Players get to use their artistic abilities to tell stories. It uses the create-to-earn model to reward players for their creative efforts while playing the game.

To play the game, players need to have tokens with which they can make purchases. They can use these tokens to create virtual characters and a fantasy universe on the cloud. The in-game features and characters that players create can be sold as NFTs