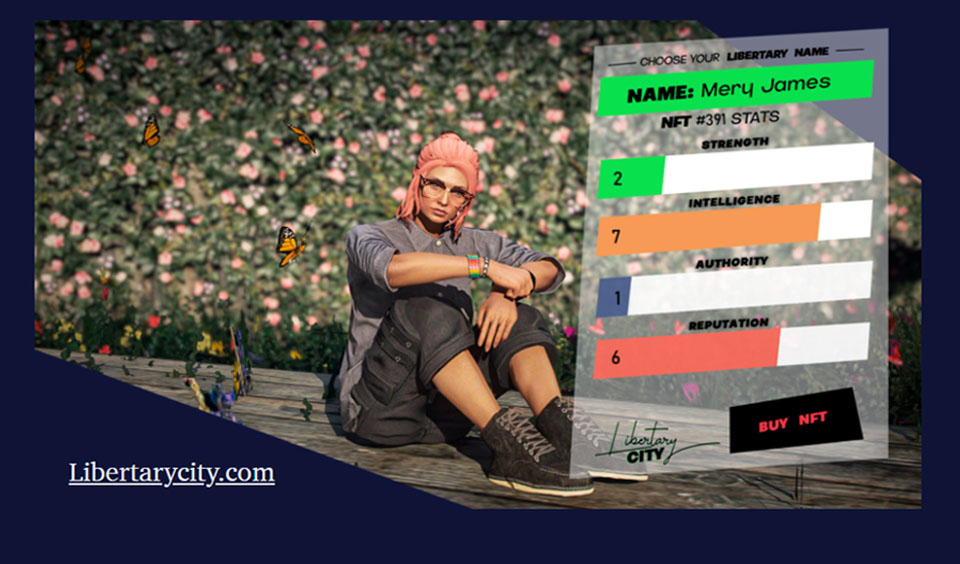 Libertary City, the self-acclaimed first open-world metaverse play-to-earn platform, launches its first-ever Libertary Game Project. The platform announced the launch on its Twitter page while directing interested players to visit its official webpage to get more details about the game.

The Libertary metaverse platform is a Binance-Smart-Chain-protocol-supported virtual game terrain. It introduces players to a world of possibilities that lets them explore their creativity and originality while playing an excellent role in searching for new goals.

More about the Libertary Game Project

Players must purchase a unique NFT to access the Libertary. The NFT is attached to players’ skills. Suffice to mention that skills are critical in the Libertary world and they will determine the profitability of players in jobs and businesses on the platform.

There are four different skills that each character has and each work that a player gets will depend on the skill that their characters possess in the Libertary City. Players can purchase unique properties, such as building properties and purchasing cars in the game events.

Libertary City offers a real-world role play where players live through their characters to do similar things they do in the real world. These include eating, drinking, sleeping, waking, and doing basic activities that they normally do in their daily lives.

According to Libertary City, the main goal of developing the game is to create a real-world immersive game that offers entertainment and several rewards that increase based on how long a player spends on the game.

How to Acquire the Libertary City NFTs

At the launch of the game, players will be able to purchase and sell NFTs on the official web marketplace. This is currently in its development stage and as soon as it is completed, it will be released to the public. The price of the NFTs will be at a base and each will be distinct and players would be able to trade them.

Decentraland – Cost of Land and how much can I Earn with it?