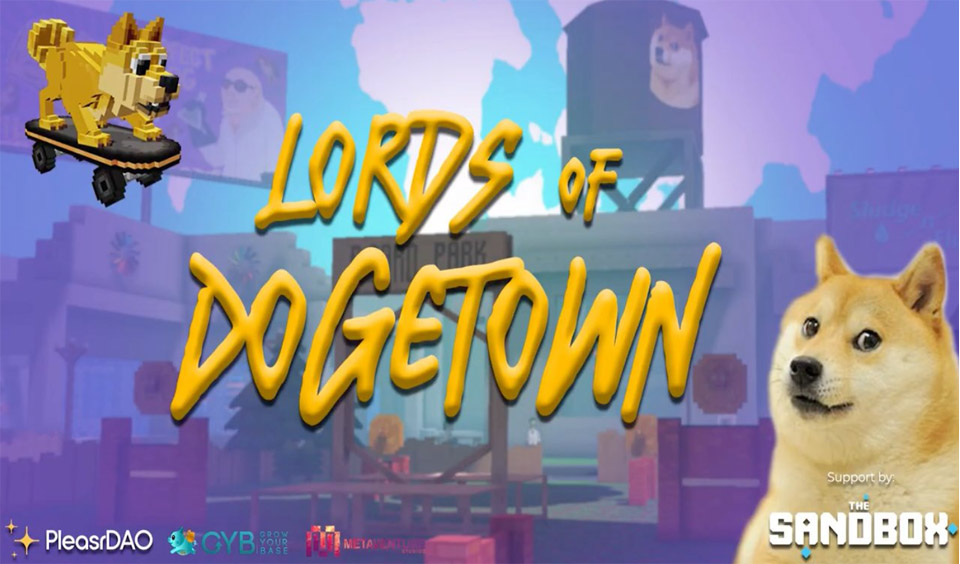 The world’s most iconic meme minted as NFT, The Doge NFT, has announced the launch of the Lords of Dogetown on the Sandbox as a part of its Alpha Season 3 event. Suffice it to mention that Lords of Dogetown game is a Doge skateboarding game created by MV Studios and released on The Sandbox Game.

Players can play as skateboarding Shiba, complete tasks, explore the land, and earn achievements. Players can earn collectible DOGE items and $SAND in the game. The game is available to everyone for free and all you have to do is create an account on The Sandbox Game and download the game on your device.

After creating an account, you must wait for the game setup to complete, and you can explore the Lords of Dogetown zone and start playing.

We proudly announce that Lords of Dogetown was released today as a part of alpha Season 3 in @TheSandboxGame, congrats @_MVStudios🎉

Here are some details on how to play and how you can earn $SAND and collectible #DOGE items👇🧵 pic.twitter.com/xGLxqkvchy

How to Play Lords of Dogetown in Alpha Season 3

Players in the Lords of Dogetown game will complete goals as they play and progress through the game. They can also earn $SAND tokens along the way. However, they must have an Alpha Season 3 Pass, an Avatar, LAND, or an NFT from the Sandbox Game collection.

After earning the $SAND token, you can purchase other wearable items in the Lords of Dogetown universe. These items are available for purchase on the Sandbox Marketplace.

The Doge NFT recommends that players get some practice as they play the game during this event as the platform plans to hold a competition in its metaverse soon. Players will have a chance to win Doge Pixels while playing.

As mentioned above, players in Lords of Dogetown can win $SAND but they must hold one of the Sandbox Game collections. The specific Sandbox NFT you hold during the season will determine the volume of $SAND you will earn.

As you complete a level as a LAND Owner, NFT Collector, or Avatar Holder, you will unlock SAND rewards. Players with an Avatar Pass also have a chance to win $SAND. The highlights of the $SAND values you get based on your asset are enumerated below:

The Sandbox Game announced it has 1.5 million $SAND to give to top-ranking players in the event’s leaderboard.