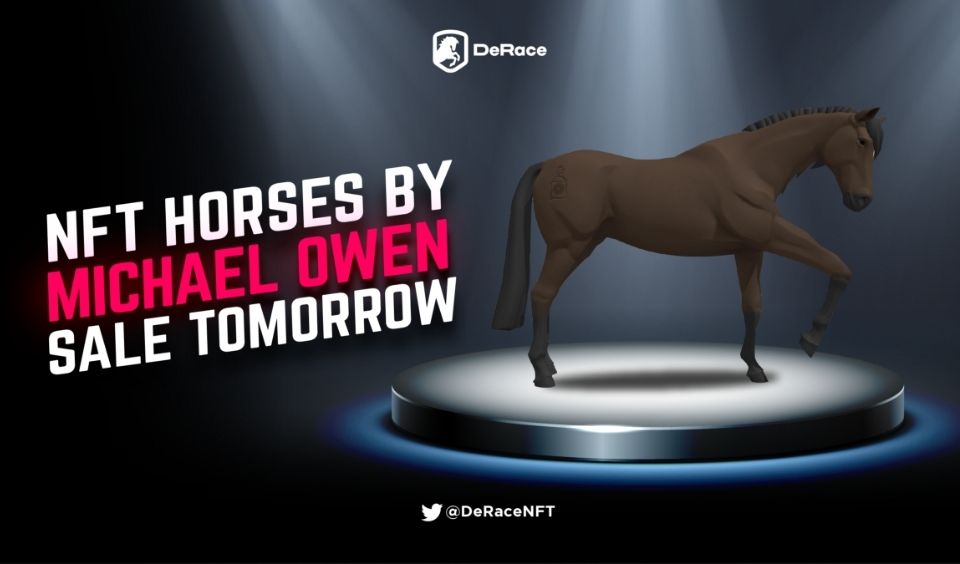 Just some days ago, DeRace gave update as regards the release of the Beta version of its game. It even game insights as regards what players should expect from this coming release. While making this announcement, it promised NFT drops and major announcements in the coming week. Well, that “coming week” is here and DeRace will be bringing the Manor House Stables Horses to the Beta Game. It made this public via a post on its medium page. Here are the details of this NFT drop.

The Manor House Stables Horses NFT drop will hold on Monday the 20th of December. 4PM UTC is the time for this drop. This is a limited edition drop and there are only 106 NFTs available for sale. From the details, it seems as though all the NFTs will drop at once on Open Sea. Therefore, it will operate on a “first come, first serve basis”.

The sale will hold on the Polygon network. However, the prices of horses will be in Ethereum coins. These NFTs will be ranked according to different tiers. From the 106 Horses, 2 will be Olympians, while 15 will be Demi-gods. As for the rest, there will be 33 Alfas and 56 Beta horses. Below are the prices for each of the different immortalized horses:

About The Manor House Stables Horses

These are different thoroughbred horses from the house of Manor. Every single NFT in this collection is designed and named by Michael Owen himself. This project has been on following a partnership between Michael Owen and DeRace blockchain game in November. According to DeRace, Michael Owen created and named each of these Horses.

He even gave them their names, like Roman Dragon, Brown Panther, Bomber Thorn and so on. Each of these horse NFTs are created after a championship horse. However, the game does not state if its ability makes it certain to in every race.