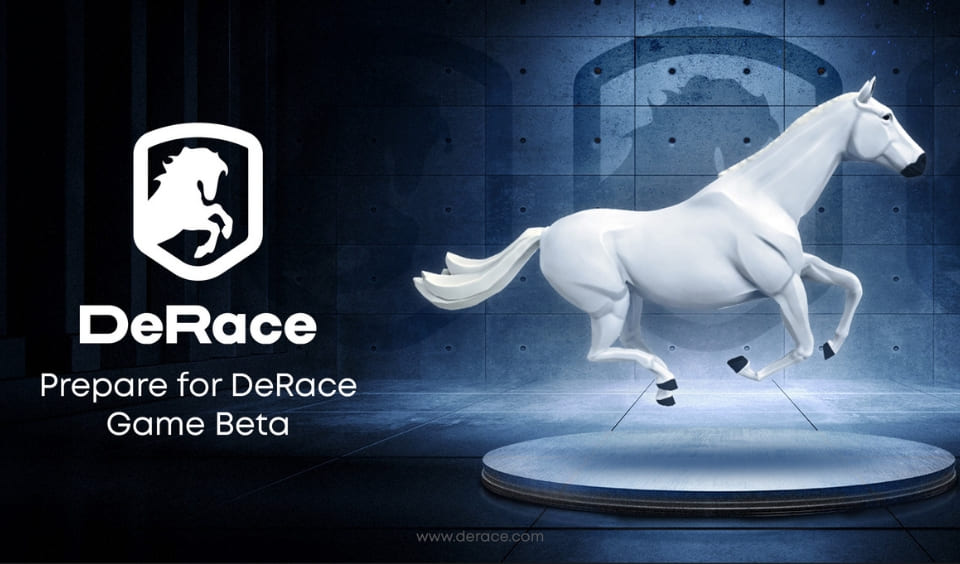 While some blockchain games are calling it a wrap, others are still having one last ride. Speaking of “other”, DeRace is sure not done with 2021. The gaming outfit announced that it is making finishing touches to the game. Over the course of making this announcement, it also mentions that it will be releasing the beta version of the racing game between 20th to 25th of December. The announcement came from their medium page. Here is everything you need to know.

What to Expect From DeRace Beta Game

Prior to this release, there has been a series of background effort. DeRace worked with a number of experts and influencers to review the game. With the feedback from these individual as well as the game’s community, it will be making the following adjustments. One of such is the “slow motion” finishes. There has been a number of debates as to the transparency of races. To resolve this issue, horses will cross the finish line in slow motion. This will help gamers to easily identify the winning horse.

The most important improvement to this game is race logging history.It is nothing new that horse racing is popular for fraud. In this regard, DeRace is ensuring that it stands out. Besides the slow motion finish, there will be a log of racing history. It will be built on blockchain technology, thereby making it transparent and tamper proof. This way, players can easily identify if the game is rigged to favour certain horses.

Another major development is the inclusion of multiple camera angles. No matter how intriguing gameplay is, limited viewpoints will make it less interesting. To this effect, DeRace is introducing more camera angles to the game. Players will now be able to enjoy the 3D aspect of the game better. Still on in-game features, billboards will become nee additions to the hippodromes. So keep an eye on the billboard for announcements, hints, partnership and so much more.

Also by next week, DeRace is promising major announcements, NFT drops and reveal of the full gameplay. There is also an AMA session coming up on Monday the 20th of December. This is besides a join giveaway that is still ongoing till the 30th of December.