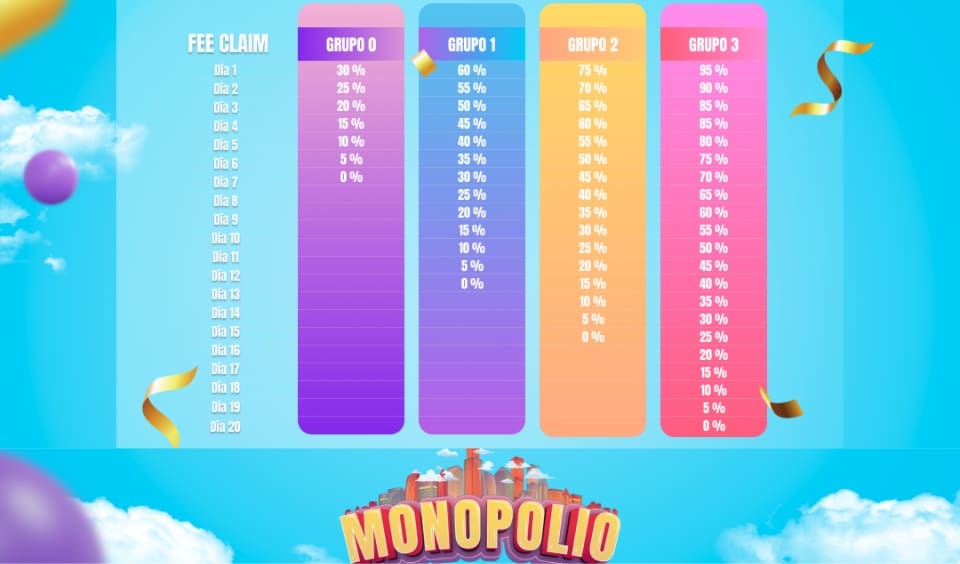 Following its IDO, Monopolio NFT disabled the options for buyers to claim Tokens. However, disabling the token claim release feature did not go down well with most community members. As such, it is re-opening this feature to allow users claim their tokens. It also gave further details of what the claiming process will entail.

We are aware that the measure of keeping the claim disabled has not been well received by the community.https://t.co/bZx4VPeY08

As always, read it carefully.

Thank you very much

Monopolio always puts its community members first. Hence the reason why it is making this decision. In addition, there will be certain measures put in place. These measures will how players can claim the release of any token they bought during the IDO. The essence of this measures is to reward those who will remain committed. While allowing those who want to sell off do so without damaging the future of the project.

The following factors will influence how these measures will take effect:

Considering these factors, it will be putting users into four different groups. Namely, Group 0, 1, 2 and 3. Group 0 is for users who have not made any claim token since participating in the Monopolio IDO. While groups 1, 2 and 3 are for those who have made 1, 2 & 3 claims respectively.

During the IDO token claim, each group will have a different fee %. It will also be reduced at a rate of 5% daily in all the groups. Furthermore, users will only be able to make claims once in every 15 days. As mention earlier, there will be 5% reduction for all groups. Therefore, the % will be maintained for the next claim if the claim is made before it reaches 0%.

If a player makes a claim with 40% for example, he will have to wait for the next 15 days. Meanwhile, will continue to keep 40%. This will further be reduced by 5% normally.

Gods Unchained Updates about the Supply of $GODS Token