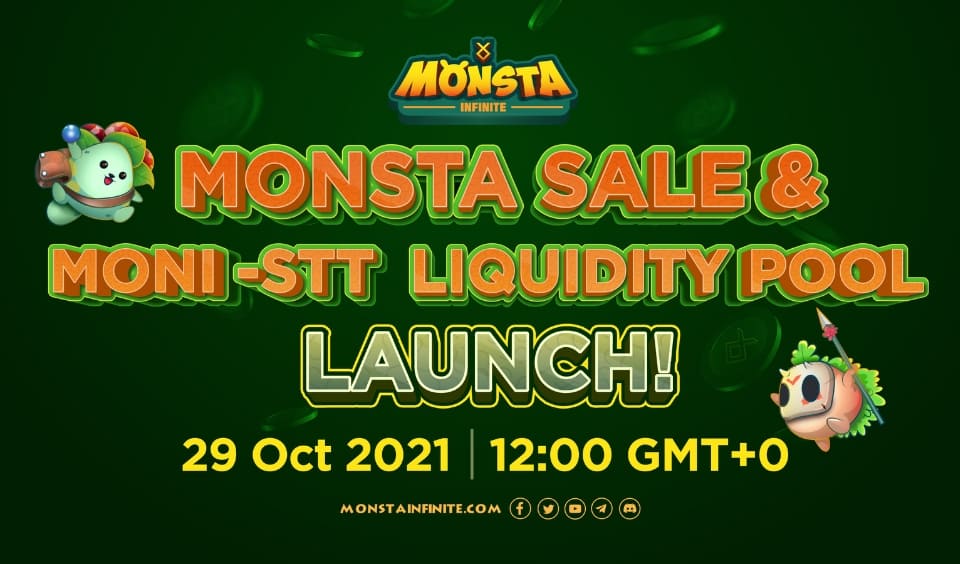 There has been quite some controversy as regards the MONI-STT sale. It was all set for launch on the 22nd of October. However, there were a number of problems. There were issues popping up and the company had to change the time of the launch. Along the line, the development team observed that the issues were more than they could manage. As a result, they had to postpone the MONI-STT sale indefinitely.

The postponement was a major setback and caused FUD among the Monsta community. To allay their fears, Monsta Infinite gave an official update as regards the reason for the cancelation. In that release, the company pointed out that the platform was not sufficient enough to handle the traffic. There was a bit of.underestimation on their part as they did not expect that much market activity. They were surprised by the huge turnout and promised not to fail their community again.

After the promises, the game invested one million US Dollars in improving their existing market infrastructure. To make amends, the development team opened a view only version of the marketplace. This was to enable them gauge how well the newly-improved infrastructure can handle a surge in traffic. While this was ongoing, there was also a voting poll for community members to decide the date of the MONI-STT sale.

From the poll, community members decided that they did not want to wait much longer. Most persons chose the 29th of October as their preferred date. With the new infrastructure ready for any traffic, Monsta decided to go with the choice of the community. Aa part of appreciating its community for their patience, one lucky voter will get an Inception Monsta.

Details of the Sale

By bridging these assets, it is making the available assets become even rarer and more valuable. The company also wrote to Coin Market Cap to officially announce the reduction in circulating supply of MONI-STT tokens. The sale will take place on the Monsta Marketplace. Interested person should head over there once it is time. Hopefully, everyone is hoping that this sale will go on without any hitches.