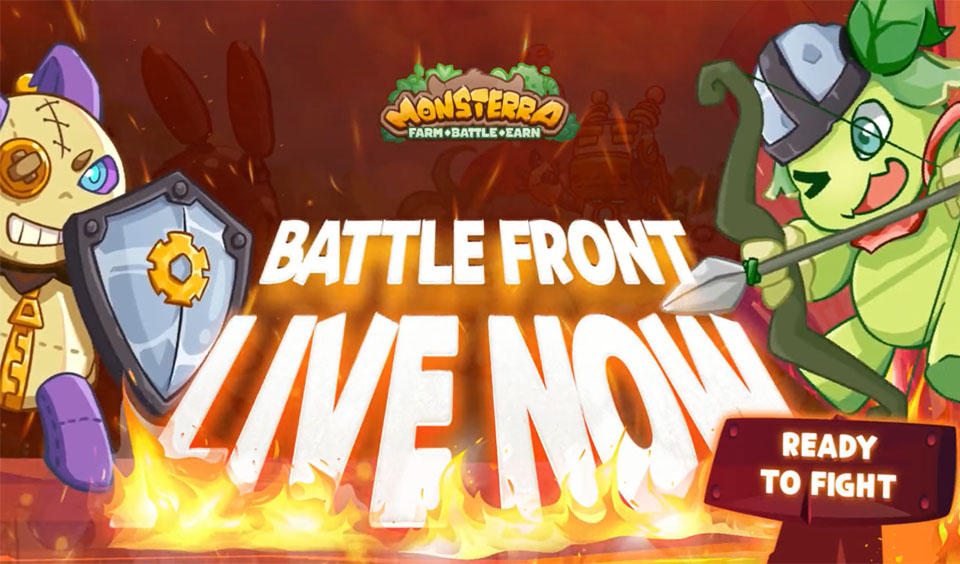 The multi-chain NFT-based free-to-play-and-earn game metaverse, Monsterra Game, has announced the launch of its Monsterra Battle Front. Players participating in the PvP game mode will have the freedom to attack other players’ lands and defend their land from attack.

Monsterra Game mentioned players can participate in the Battle Front mode while the Battle Season is still ongoing. According to the game platform, the Battle Front Season will run for 28 days and will include four majors. Each major battle will last for seven days.

🏹Are you ready for both "Defend" & "Attack" modes?

How to Play Monsterra Battle Front

Players can access the Monsterra Battle Front PvP mode by visiting the game platform. Follow the steps below to attack other players’ land:

Players need to spend energy when attacking or refreshing. You will see the energy cost next to the action. Gamers can refresh only three times each day.

Highlights of Trophy Score and League

Monsterra matches players’ Land to Wars. They can go to war against other Lands based on their Land’s Trophy score. That means all Lands in a War will have about the same number of Land Trophies at the start of the War.

As you progress on the Battle Front, your score begins to change. Like the Trophy score, the game system places players in leagues. As they attain different levels of trophy scores, they will receive a promotion to a higher league. The higher the league of a player, the bigger the reward they receive.