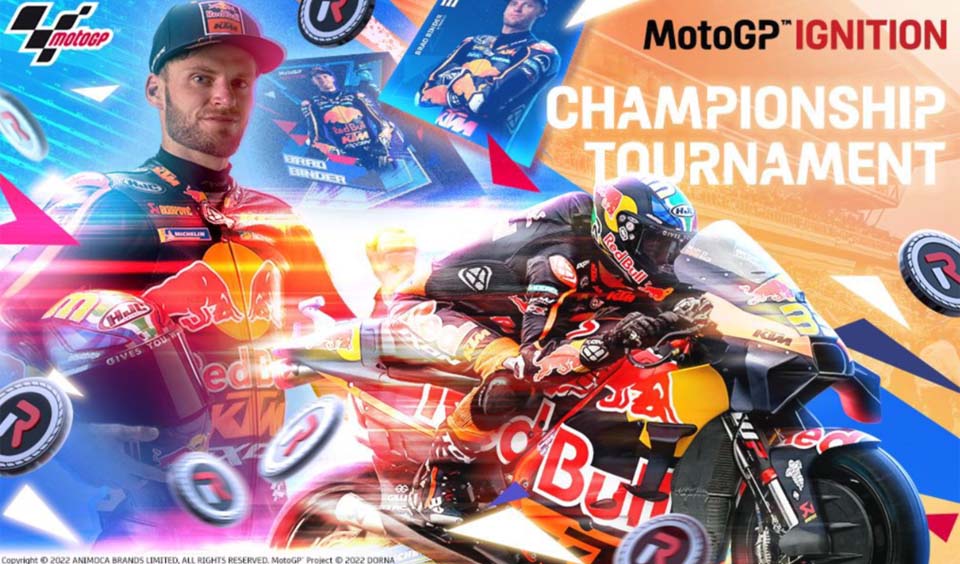 The play-to-earn NFT-based car-racing game platform, MotoGP Ignition, is set to host its first Championship Tournament starting this weekend, October 8. The tournament will run all through October.

Participants will be able to compete in different Champions events and rack up multiple points to emerge the winner. Winning participants will earn physical prizes from Brad Binder. Victors in the events will also earn REVV tokens.

Ignition fans, don't forget our first Championship Tournament starts this weekend and will run all of October! There's only 34 hours left to submit your team so check the link below on how to participate. ⬇️https://t.co/K0EiGgKlam#P2E #NFTs #blockchain

How to Participate in the Championship Tournament

Participants must form a team and submit their teams weekly in the MotoGP Ignition Champions event for the month. They are also required to hold Brad Binder rarity options, including Legendary, Epic, and Rare.

The top five players with the highest amount of accumulated points for the month will receive exciting prizes. Where there are tie-breakers for the monthly total, the game platform said it will look into the individual placement of the gamers for each event. Any player with the lowest overall position for the month wins.

Highlights of the Prizes for the Championship Tournament

As mentioned, the top five gamers in the Championship Tournament will walk away with some great prizes. The highlights of these prizes are enumerated below:

MotoGP Ignition also revealed it has something special for the 33rd weekly. The prize for the winner of this event is a signed Brad Binder KTM poster.

To qualify for the top five prizes, participants must compete in all Champion events in October. They must also hold one Legendary, three Epic, or five Rare Brand Binder MotoGP Ignition card(s). The game platform requires them to have the cards in their possession until it announces the winner.

Gamers can find more about the event, MotoGP Ignition game, and REVV Token on the social media pages of the game platform, including Twitter, Telegram, and Facebook.