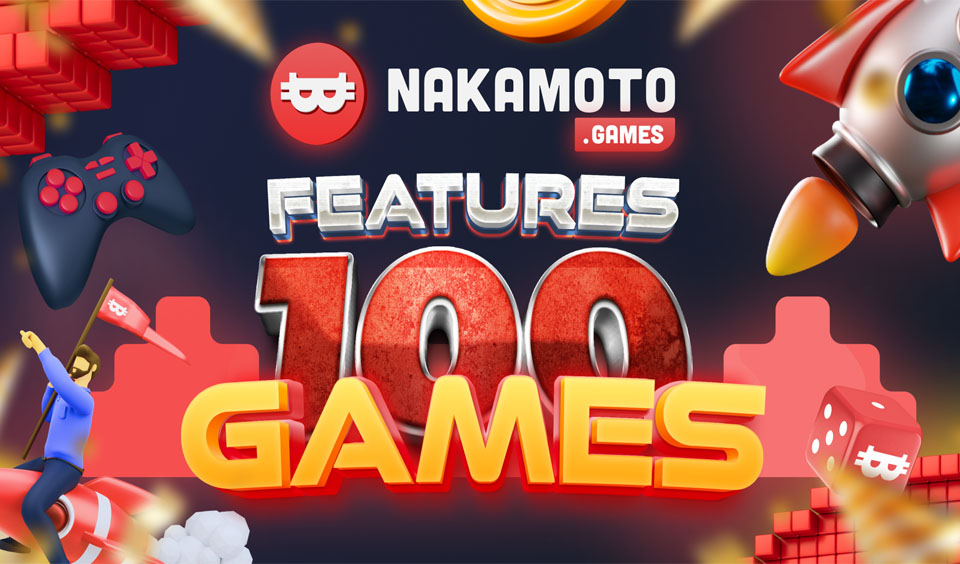 Nakamoto Games, a play-to-earn gaming platform, has announced its plan to launch 100 on-site games before the end of 2022.

The industry-leading Metaverse and GameFi ecosystem, with an expanding and diverse catalog of immersive gameplay and gaming titles, have affirmed its commitment to growing its gaming catalog while boosting profitability and fun for its community.

According to the game platform, its mission is to offer players more addictive and immersive gaming options. Therefore, its team will launch 78 games before the year ends. Fifteen of those games are set to launch this week.

The game platform revealed that these game releases align with its sustained growth objectives, as announced earlier by its CEO. Nakamoto Games emphasized its commitment to attracting more players and to have an attractive share of the millions of users in the blockchain gaming industry.

It is worth mentioning that this platform has launched several engaging gaming titles that entice and incentivize players.

What to Know about the New Games to Be Released?

As stated above, Nakamoto Games said it would release 78 games, and these will be free-to-pay games targeted at bringing new gamers into the GameFi world. Like other games released by this game developer, players can expect these new titles to deliver addictive gameplay.

Players can log in whenever they want to play any of these games. Also, they can explore them as a form of entertainment. These games will be available across platforms to enable players to access them on the go.

In the coming months, Nakamoto games will release many play-to-earn game titles on its platform, as the goal is to offer more gaming options to its growing community.

Additionally, players can look forward to more frequent game tournaments in the coming months. It is worth mentioning that $NAKA, the in-game currency of the game platform is one of the fastest-growing currencies in the blockchain-based gaming industry.

What are The Benefits of Joining Yield Guild Games?