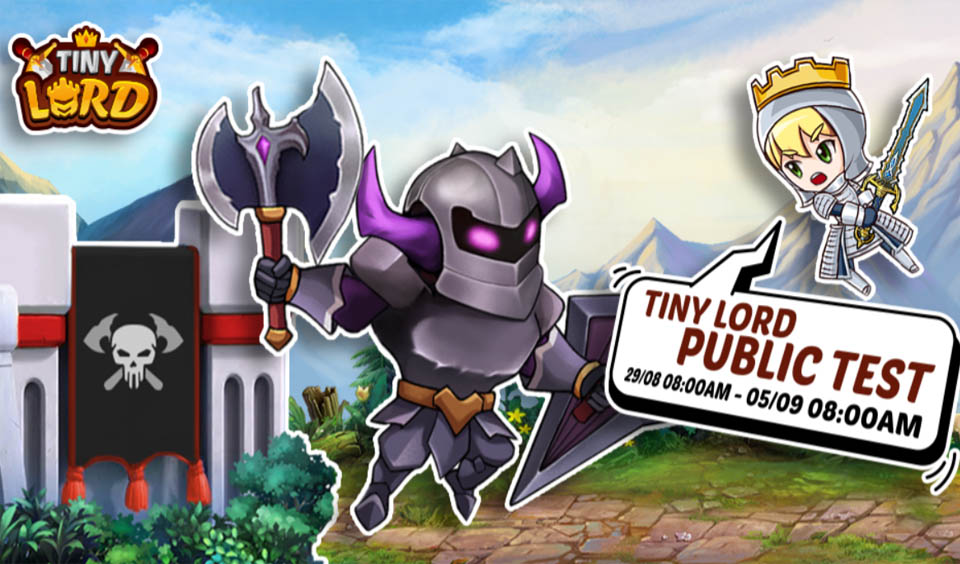 There is an attractive prize pool of up to 30,000 TINC and 3,000 BUSD to reward the community during this event. The Test competition started on August 29 and will run until September 5, 2022.

⚔️Horn of war has sounded
🔥Peaceful farming life has ended

My brave warriors
Retake your mineral resources from the Dark Lord,
and be the new "Lord" in #tinyworld 👑
This World needs your Power💪https://t.co/1aIb52rSyE#NFTs #GameFi #DeFi #P2E https://t.co/WEk198G9t4

How to Participate in the Tiny Lord Public Test

All territories can only produce LTT (Lord Testing token) in the public test, and these tokens are not claimable, but holders can use them for ranking competition. Also, TINC will replace the Lord’s reward during the officially launched game.

Tiny World will distribute the reward of 30,000 TINC and 3,000 BUSD after the one-week public test. The platform will base the distribution on the LTT earned rankings of participants. Suffice to mention that the game platform held its Boss Challenge Public Test a few months ago.

Highlights of the Rules for the Tiny Lord Public Test

Here are some rules that apply to the Tiny Lord Public Test event:

The Tiny Lord has three territory levels, which are Outposts, Castles, and Strongholds, with the higher Territory (Strongholds) having more TINC reward pool. At the launch, Dark Legions will occupy all territories, and players must select three NFTs mining in the NFT pool to create a team to challenge these Dark Legions.

There are three rounds system used in the game, and the three Heroes in a player’s team will perform 1v1 combat power PK against the enemy’s counterpart. The battle will conclude with the team that gave the highest damage as the winner.

During the occupation, the territory will generate TINC in real-time, and each territory level will have its emission rate. During the public test, all territories will produce only LTT.

Legends of Aria Reveals how to Claim $ARIA Token 

Pirate Solitaire Coming to Arc8 from 1st to 6th of September