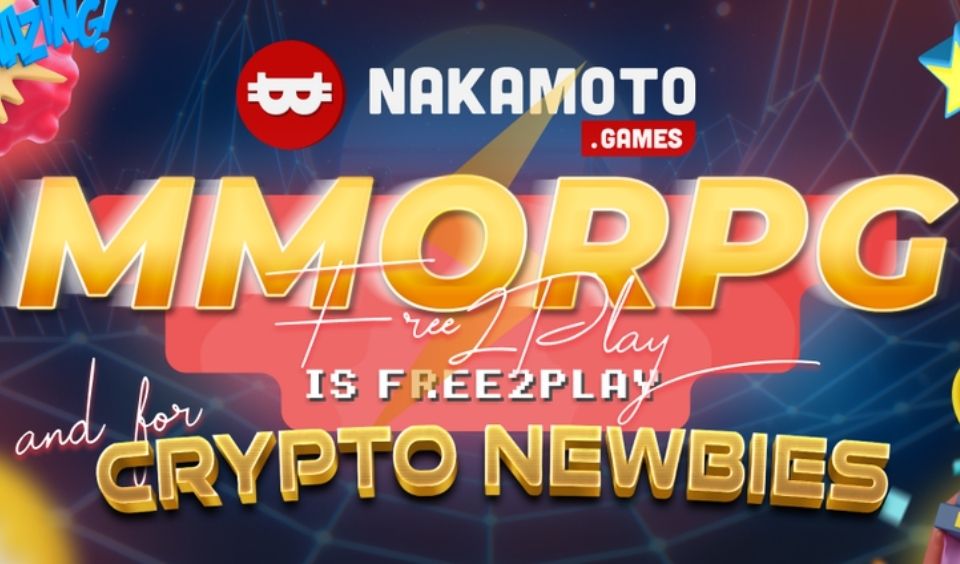 Nakamoto Games is expecting massive user adoption with the release of its free-to-play MMORPG. This announcement comes after the release of the character-based elimination game – Candy Shop. Also, there was also a recent update on the software development kit as well as a new economic development. Here are all you need to know.

Nakamoto Games is positioning itself to attract more mainstream #users to its #play2earn ecosystem. The upcoming #MMORPG will be a #free2play #game which can be #played by non #crypto gamers. Simply register and start gaming. $NAKA aims for mass adoption. https://t.co/QLL50Wd15b

The soon-to-be released MMORPG will feature utilize the play-to-earn model and allow NFT ownership functionality. However, it will also incorporate the free-to-play model to encourage non-crypto users to play the game. All they need to do is simply create a Nakamoto Games account, and they will have access to the immersive gameplay. As such, first time players do not have to spend money before they can start enjoying the highly addictive game.

Nakamoto Games is enabling free-to-play because it believes the model to drive massive adoption of the MMORPG. This is why its major focus is on giving users the experience of gameplay and acquisition of in-game assets. However, there is a catch. Since users use their Nakamoto account to access the game, their earnings and rewards are tied to the account.

Therefore, players will be able to redeem these digital assets once they set up a web3 wallet and connect it. They can immediately begin trading and owning assets like NFT players. The launch of this MMORPG will see Nakamoto Games become the first play-to-earn game to pioneer a free-to-play model. However, the blockchain gaming outfit is yet to reveal details of the launch of this upcoming game. Although it did state that it will be providing users with an SDK towards the development of this project.

As mentioned earlier, Nakamoto games will be introducing a software development kit (SDK). It will feature more than the development of the upcoming MMORPG. With this SDK, third-party developers will be able to deploy their creations in the Nakamoto ecosystem. It will also support the creation of in-game token systems. To adopt this kit, developers will have to stake between 10,000 to 100,000 $NAKA. It depends on parameters like the size of their project and so on.

This method ensures that $NAKA gains more value whenever a project launches on the ecosystem. Furthermore, Nakamoto Games will burn all $NAKA a developer stakes once the period of the game’s release is close. This will reduce the amount of token in circulation and drive up the value. With the launch of the MMORPG coming soon, there will be a token burn