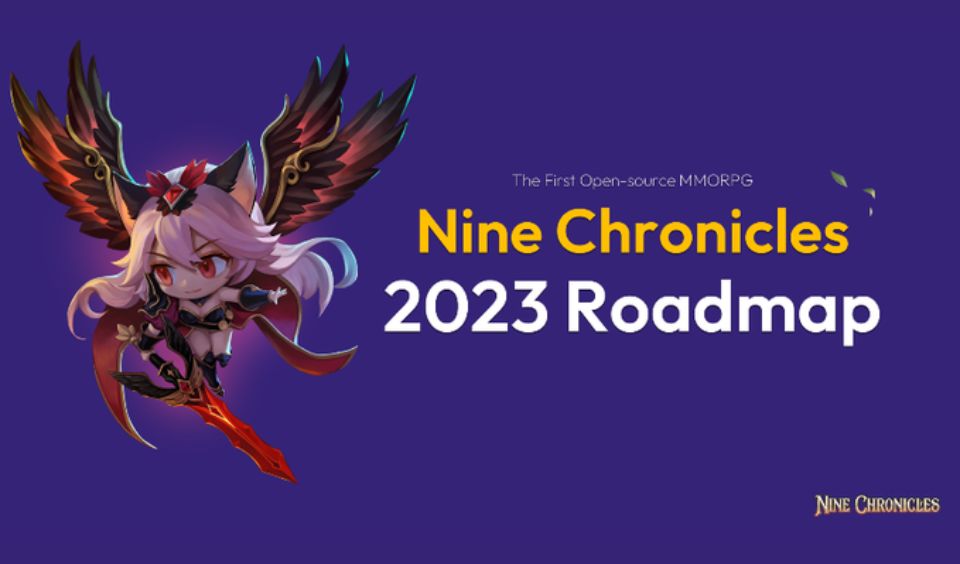 As the year goes on, different blockchain outfits unveil their plans to their communities. In a similar fashion, Nine Chronicles is releasing its 2023 roadmap. This edition features detailed ideas on achieving decentralization. It also includes a blank section where users can make their input and propose solutions to the ecosystem.

Join us now, and together we can build a decentralized gaming world!
Click below for more!👇

The team wants to create opportunities for members to become major stakeholders in the project. They believe that this is the primary pathway to achieving the vision of establishing a community-driven crypto-gaming experience.  The reason is that users have played significant roles towards the game’s growth since its launch. As such, the team wants to ensure that they become the key benefactors of the project.

Details of the Nine Chronicles 2023 Roadmap

To achieve its aim of decentralization, Nine Chronicles is prioritizing the addition of a Decetnralization & Improvement section. The team will also reveal the voting schedule that community members can use to make their contributions. In addition, they will be launching an in-game application of D:CC NFT, D:CC Mileage bridging and D:CC PFP Pet Systems.

Shortly after releasing these products, the project will move to a Proof of Stake consensus mechanism. Before that, the Soul Stone trading system will become available to players. This will occur alongside the unveiling of 3 new World Boss Runes and World Boss Serimnir. In addition, the team will also launch the Seasonal and Championship Arena.

By the second quarter of the year, Nine Chronicles will reveal the second D:CC NFT staking collection. This will take place before the World Boss 7: Niffheim and PFP Rune reveals. The Summer event dungeon will be released shortly after. Meanwhile, development of the Nine Chronicles M to include in-app purchase feature will continue.

By the third quarter of 2023, the team intends to release the game or mobile devices and different operating systems. The team intends to onboard more gaming enthusiasts into its ecosystem. This version will have the Gacha system, in-app purchase features and other content to give mobile players the wholesome experience.

With the final months of this year, there will be a 3rd and 4th staking for the D:CC NFT Collection. Speaking of gaming content, the Winter event dungeon alongside another Seasonal and Championship Arena will become available to players. Before 2023 ends, the NCIP suggestion portal will also be completed.