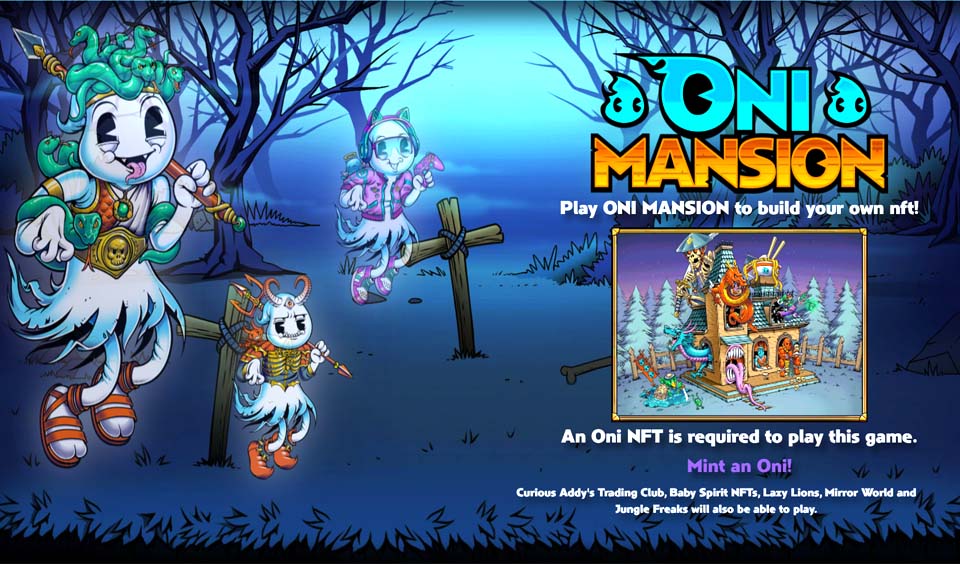 Oni Squad, an NFT-based, play-to-earn game platform has announced the launch of its game slated to take place on January 17, 2022, at 12 pm PT. If you are looking for a game that lets you play house, Oni Mansion is an option to consider. The game allows players to design their mansion in numerous ways.

They also have the opportunity to min their personalized Oni Mansion NFT after playing the game. Suffice to mention that before the game launch, Oni Squad will have the Beta Test on January 6, 2022, at 12 pm PT.

Get ready to play the Oni Mansion Game! Design your mansion in countless different ways and mint your very own personalized Oni Mansion NFT at the end of the game!

Highlights of the Oni Mansion Game

Individuals interested in playing this game are required to have an Oni NFT to be able to access the game. You can mint an Oni through the official website of Oni Squad. The game is designed to be hosted on Polygon.

The game platform has also developed a game technology that does not require that players bridge their NFTs from Ethereum to Polygon. Players simply have to switch their network from the Ethereum Mainnet to Polygon. From there, they can play the Oni Mansion game without any issue.

Holders of Oni NFT can customize or upgrade their Mansion for three weeks. After this period, they will have the opportunity to mint their customized Mansions.

The goal of the game is to enable players to earn rewards and tokens, which they can use to upgrade their mansions. At the beginning of the game, each Oni owner will get a base-level Mansion. They can later upgrade this with special decorations when they progress in the game.

Missions and Earning of Tokens

Players can earn tokens when they complete missions daily. These missions vary from social missions where Onis haunt their peer’s houses to completing daily “Check-in” tasks. When an Oni haunts another Oni by visiting their house, they leave short messages for their hosts to read and take action.

Some other missions that players will participate in include haunting other Onis with unique traits, such as a pet cat or witch’s hat. There is an in-game “Bounty Haunter” that suggests Onis haunt to players. The game comes with more opportunities to win and earn rewards through task completion and more.

Happy Hippos Announces the Launch of Hungry Hippo on January 4, 2022