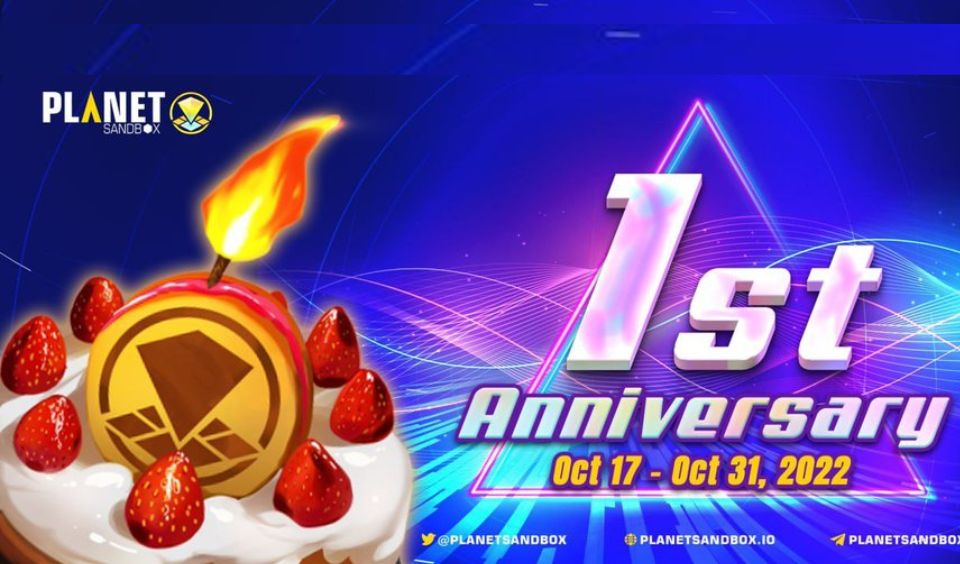 As the project clocks one year, Planet Sandbox is celebrating its 1st anniversary in style. The team is launching a massive Free2Earn event to mark this significant milestone. In this contest, players can join the gameplay and win numerous awards without owning NFTs. This update comes after the program features as one of the validated apps on Magic Store.

It’s Planet Sandbox’s 1st Anniversary, join us in this #Free2Earn massive event to celebrate the journey of Planet Sandbox over the past one year! ️🎉🎉

The Planet Sandbox 1st Anniversary event will run live on Monday the 17th of October 2022. It will run till Monday the 31st of October. Over this period, every player (including those without NFTs) can play the game. Then those who finish within the top three ranks from every battle will receive a birthday cake.

In return, the top 10 players with the most cakes will receive the following rewards:

While issuing this update, the team also pointed out some significant aspects. One of them is that they will add 20% of the funds gotten to the mystery box sales to this prize pool. This may likely cause an increase in the final compensation. However, the current reward system will not be affected if there are no additional sales.

As mentioned before, even non-NFT holders can join this contest. However, Planet Sandbox is encouraging everyone to join the referral program. Players can then use personalized codes to invite their friends and family members to participate in this event. However, users can only earn commissions when their invitees purchase at least one mystery box and earn at least 100 $PSB.

Planet Sandbox is a shooting game that is powered by physics. It features immersive fighting modes such as deathmatch, battle royale, and props hunting. To begin gameplay, users must buy weapons and other accessories as NFTs. In addition, players can also purchase and design virtual lands to create their own custom battles.