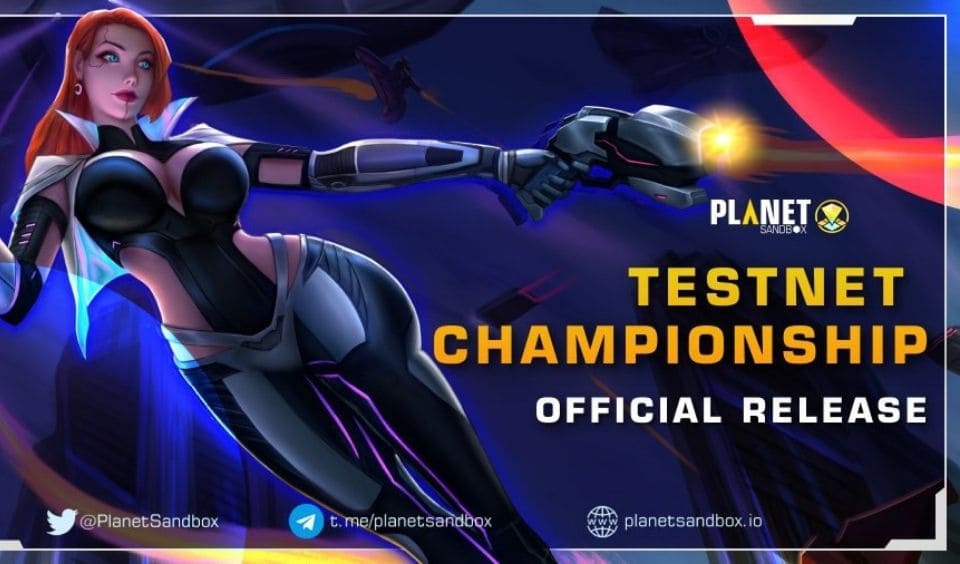 Planet Sandbox has announced the launch of its Championship Testnet. It will be using this release to celebrate the unveiling of the test version of its application. More so, participants will get the opportunity to earn massive rewards. This update comes after the launch of its official D-App and Marketplace.

Let's compete and mark your name in the top 10 highest earning!

To also celebrate the launch of its trading platform, there will be an Exclusive Staking V2. Where users can earn NFTs and other rewards from the app. The game even released a guide to that effect.

The Planet Sandbox championship tesnet is set to run from the 30th of May to the 30th of June 2022. During this one-month period, users will get the opportunity to earn from the $1000 worth of prize pool. To participate in this contest, do the following:

Besides the final leaderboard, there will be weekly prizes for those with high ratings. Planet Sandbox will take a snapshot of the leaderboard by 12 PM UTC every Sunday over the period of the campaign. Those that finish within the top ten positions will get the following:

Planet Sandbox is a physics-powered NFT sandbox shooting game that allows players to build and own arenas to fight other players in different game modes using their own NFT weapons and accessories. Powered by the $PSB and $PULV tokens, Planet Sandbox has created multiple play-to-earn opportunities within their Metaverse.

Sandbox owners can customize their land with limitless building items and design game modes for others to join and play. The land will become a business where players can sell or earn passive income through the shop. The land system provides creators with various possibilities to build on diverse sceneries and landscapes such as Grass, Desert, Mountains, Toxic Wastelands, the Arctic, etc. Eventually, the game will include other planetary environments.

Aside from the builder tool, there are Multiplayer game modes that allow players to choose their favourite sandbox and compete with others. Users will battle it out in intense fighting games (such as deathmatch and hunting prop) to earn prizes.