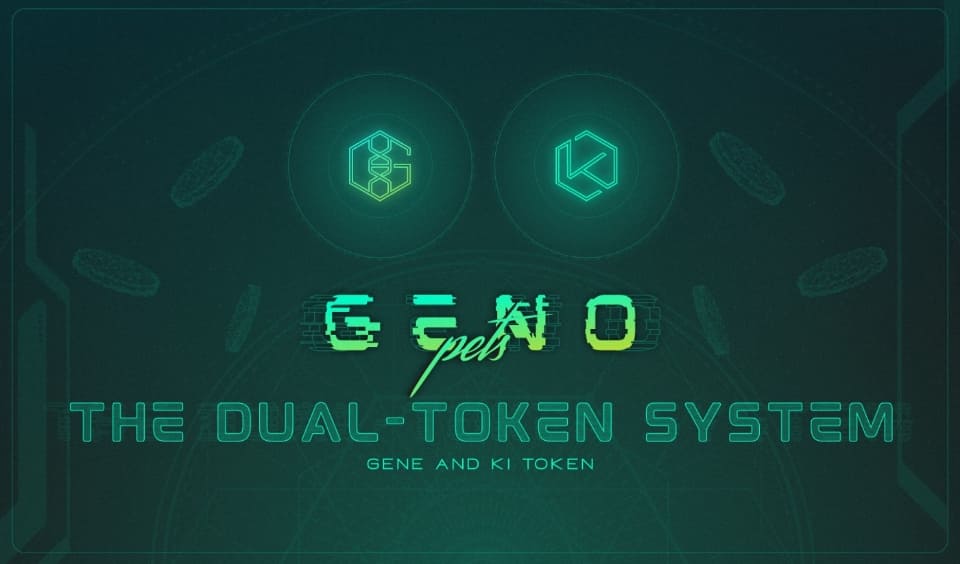 Genopets, the world’s first Free-to-Play, Move-to-Earn NFT mobile game has introduced a dual token system. This invention intends to separate in-game rewards from governance and staking benefits. This will be done through the introduction of two separate tokens, $GENE and $KI.

The Genoverse is built on a two token system that gives players the option to to choose how they #MoveAndEarn. 🏃💨

GENE and KI tokens are vital in supporting the Genopets economy from crafting in-game NFTs to deciding the future of the Genoverse.

Through this structure, it will be creating a sustainable economy. As users will have multiple options as to how they want to spend their Energy. They can simply download the app and begin nurturing their Genopet with each step they take.

With the Genopets dual token system, users will be able to decide how they want to invest in gameplay. It will also give them the power to choose how they want to spend their earnings. On the other hand, they can also reinvest their energy back into the game. This will help it to level up as well as increase its value and experience points.

To this effect, Genopets is introducing the $GENE and the $KI tokens. Players will use them for acquiring and crafting Habitats and Crystals. These native currencies will serve as the driving forces of the in-game economy. They will perform different functions and increase your chances of leveling up as you continue playing.

This is a utility token that habitat owners can earn as they perform various actions. Players will burn KI during usage, and the amount they expend is determined by the number of habitats they have.

They can earn this token by:

Users can earn use this token to perform the following:

Unlike KI, GENE is the governance and staking token of the game. Players will use it alongside the utility currency to craft certain in-game items. As the reward token, players can earn them from

As mentioned earlier, you can do the following with GENE:

More so, users will be able to withdraw their rewards without affecting the initial staking amount. Which they can now use immediately during gameplay.

Dragonary Introduces New Quests: Here’s All You Need to Know

Metaxy to Launch its Fourth IDO on DAO Launch on January 18, 2022