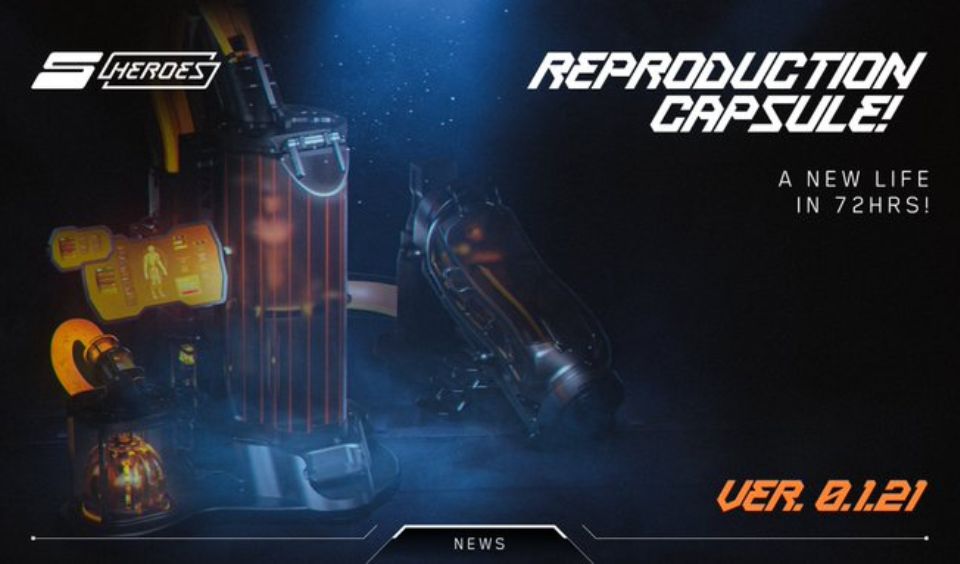 Sidus Heroes issues the patch note version 0.1.21 update. According to the release, this is part of a more significant development that will facilitate the creation of characters. While unveiling that update, the game also announces that the reproduction capsule is available for sale. These items will facilitate in-game reproduction.

These digital assets will birth a new race of workers. However, they will only become fully functional when the reproduction module goes live. The collectables in this drop increase your collection’s rarity level. Despite their worth, replicants will not be able to engage in battles.

It is important to note that these items are limited and will never be reissued. More so, they are crucial for players that want to create an army of Replicants that will serve them in the SIDUS universe. Considering their scarcity, these NFTs are also very profitable sources of investments.

The Sidus Heroes Reproduction Capsule Sale was announced on the 18th of August. Following that announcement, the sale went live and is still ongoing. According to the statement, investors can only purchase 1 capsule per day. This process will ensure that many players can get a piece. There are three different types of NFTs available for interested buyers. Half of the proceeds from this event will be distributed as royalties to be distributed among Store Investors. However, the sharing ratio will change with further sales.

Below are details of the different assets in this offering

Should you decide to make a purchase, you have a limited time to make a replicant. For the common, you must reproduce within 30 days of buying it. While the Epic and Legendary capsules require 10 and 3 days, respectively. In addition, there are limits to how many replications of your hero you can make. Below are the details:

Nonetheless, you can delay the time needed by using the Reproduction Spheres.  However, these are distributed as rewards to players in the Top Staker Ratings. Below is the percentage by which you can slow the time required for making replicants:

Besides receiving bonus time for reproduction, users who participate in staking will also receive tokenized benefits. They include the following: