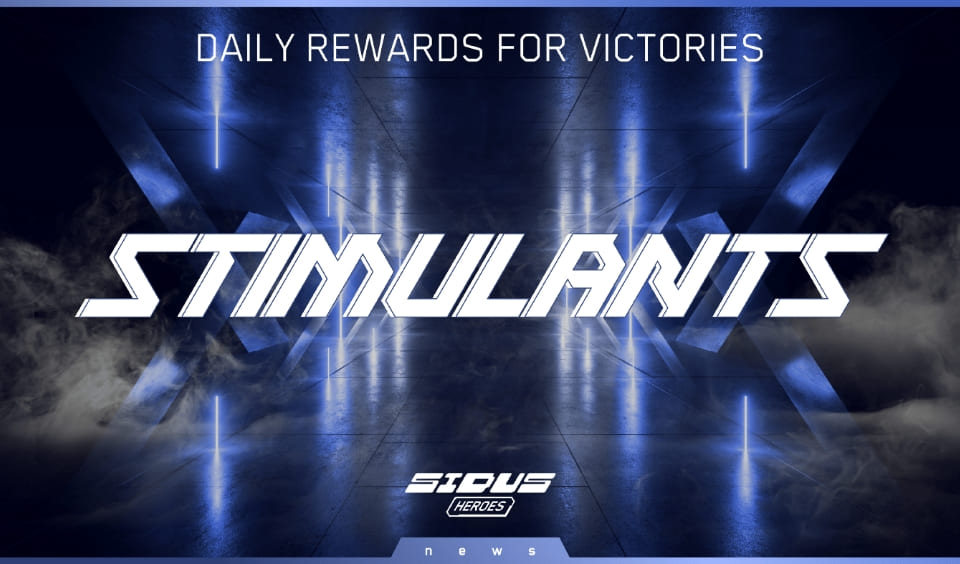 Is introducing Stimulant as a new daily reward for active players. Despite this introduction, there will be no changes to the reward system. This new incentive will be take place upon the release of upcoming patch notes. The game hopes that this addition will make gameplay more thrilling.

💉Soon, we're going to introduce stimulants as daily rewards for victories. At first, ALL Heroes will be able to receive a certain amount of stimulants but after we implement the Ranking system, only the top leaders will receive these rewards.
👉https://t.co/bbgX1I2Uej #p2e pic.twitter.com/GMMpYMp7s3

Details of the Stimulant Daily Reward

The Stimulant daily reward till take effect from next month (April 2022). By then, players will be able to earn a limited amount of Stimulants per day. Also, the rarity level of the Hero will determine the how much of this in-game reward users can earn. Apart from being a daily reward, this system also operates per Hero. In other words, you can use multiple heroes to earn more. At the end of each day, the game will reset the stimulant count for each in-game character to Zero.

Sidus Heroes will reveal the exact amount of this prize later on. However, it still gave insights to the benefits of stimulants. This in-game reward plays a significant role in the Game’s Reproduction Facility. The use of this token will enable you create a Hero when the breeding feature goes live.

Sidus Heroes is creating more avenues for players to work together. During the course of gaming, players will use Space Shuttles to move from one place to another. These vehicles require construction and players are getting an avenue to earn while constructing them. However, players will have to purchase a toolbox. This will enable them build the the respective module for the SIDUS Space Station.

To participate in this process, players have to wait until a shipyard module is available for building. Depending on what shuttle is available, players will require huge amount of metal and other construction materials. Players can acquire these resources from Tesseracts they got in the Battle Arena.

When you have all these materials, you can send your team’s Heroes off to participate in construction works. Upon completion of any construction, the game will create two different lists. Users who invested their resources resources will be on one list, while those who contributed their time will be on the other. The various participants will receive $SENATE as rewards.