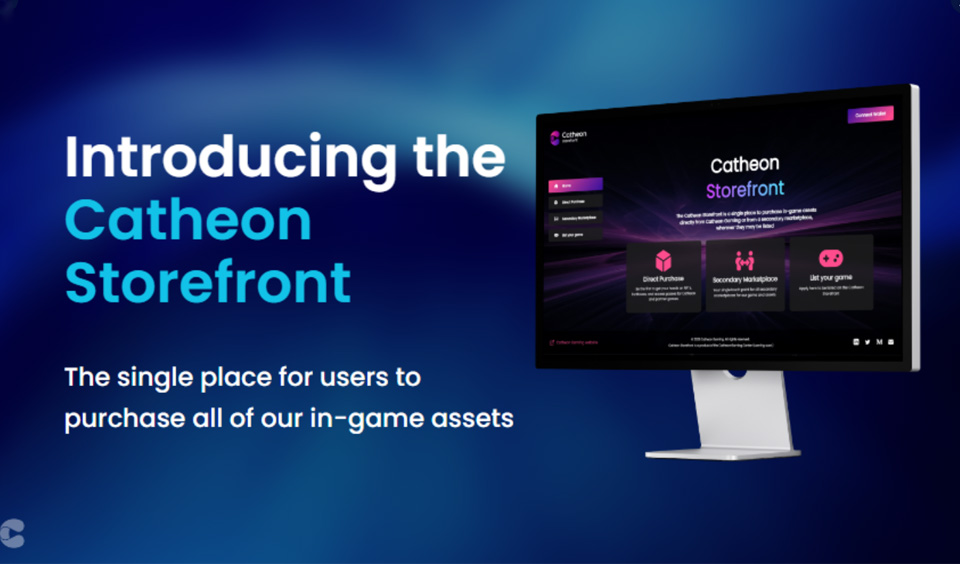 Following the successful launch of the Catheon Gaming ecosystem with twenty-five NFT games to explore, SolChicks game platform has announced the introduction of the Catheon Storefront.

The leading NFT-powered Fantasy play-and-earn game on Solana will launch the Catheon Storefront as a one-stop destination for all users looking to buy all SolChick’s in-game assets. Users will have the chance to purchase all in-game assets directly from Catheon Gaming or a secondary marketplace.

In addition to the exciting introduction of the $CATHEON token, we are extremely excited to announce the Catheon Storefront, a single place for users to purchase all of our in-game assets.

Please come and check out the store here: https://t.co/4azlVQJoqy pic.twitter.com/JKMbtJ9qoe

What is the CATHEON Token?

The token will function as the utility and governance tokens in the ecosystem and holders can stake them for yields. They can also use them for the payment of transaction fees, advisory fees, metaverse purchases, and in-game and storefront purchases.

At the launch of the new token, only holders of the $CHICKS tokens can get $CATHEON. In other words, users must hold $CHICKS before the snapshot on October 13.

It is worth mentioning that SolChicks will not release the $CATHEON tokens through private, public, or VC rounds. By October 24, the game platform will launch a swap dashboard where $CHICKs holders can swap their tokens for $CATHEON on a 1:1 basis.

What are the Key Features of the Catheon Storefront?

Catheon Gaming was launched in September 2021 and was primarily established to pave the way for the launch of the SolChicks brand. However, the gaming platform has grown significantly and become the fastest-growing NFT-based blockchain enterprise as recognized by KPMG and HSBC. The gaming ecosystem currently has 25 NFT-based in its portfolio.

Galaxy Fight Club to Hold its $GCOIN IDO on PolkaStarter on January 6, 2022