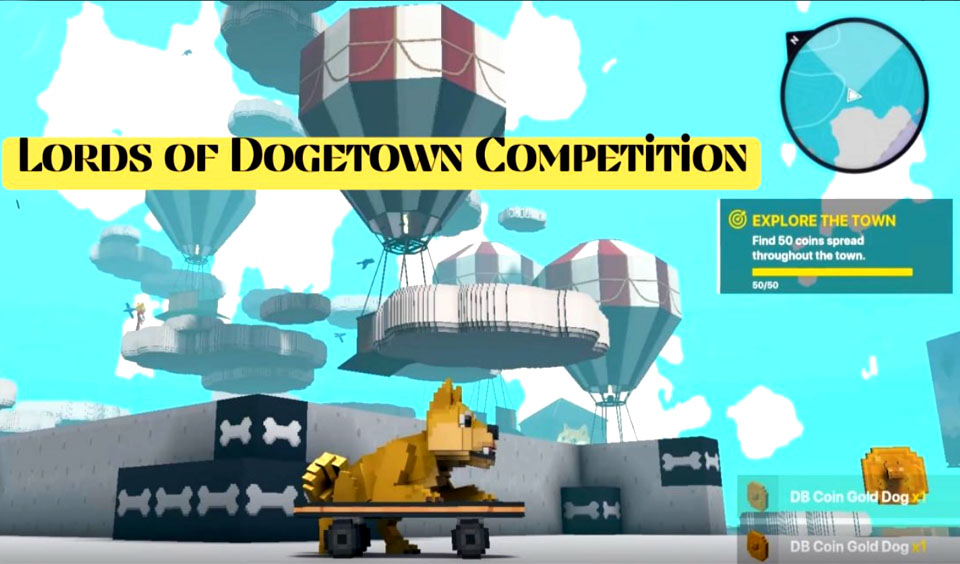 Following the launch of its Sandbox Lords of Dogetown game, the self-acclaimed most iconic meme, The Doge NFT, has announced the introduction of the Dogeboarding Fiesta for its “Tony Hawks”.

The event is a competition, which will offer participants the opportunity to earn Sandbox NFTs, Alpha S3 passes, and Doge Pixel NFTs.

Lords of Dogetown: our Sandbox Dogeboarding game is live & we want you to (play/meme)2earn, not just for $SAND or #doge collectibles but also for:

Introducing the ultimate 🥁Dogeboarding Fiesta🥁 for all of our Tony Hawks 🧵 pic.twitter.com/FY6X7pyCJ5

Highlights of the Dogeboarding Fiesta

According to the Doge NFT, the Dogeboarding Fiesta features two contests – Play-2-Earn Contest and Meme-2-Earn Contest. Both competitions already started and will end on November 2, with the Sandbox Alpha Season 3 event.

To participate in this event, all a player has to do is complete the Lords of Dogetown game and take a screenshot of the game. Next, attach the screenshot in the comment under the Tweet announcement for the event.

This will act as proof of performance and qualifies you for an opportunity to win a prize. You must also like and re-tweet the primary Tweet announcing the event. According to the platform, it will distribute the prize for the contest in the following manner:

It is worth noting that all eligible entries will enter a raffle draw for a chance to win 2 Alpha Season 3 Passes and 2 Pixel NFTs.

To participate in this second contest, a player must like and retweet the original tweet announcing the contest. Next, they must create a dank ownthedoge and Sandbox dogeboarding meme with a template from the Lords of Dogetown game.

After the creation, they must drop the meme as a comment under the original tweet. The Doge NFT revealed that its Meme Dream Team will select the contest winners based on originality, relevance, dankness, hilariousness, and absurdity. The platform will distribute the prizes as follows:

The Platform mentioned that it will announce the names of winners after 48 hours of the completion of the contest. Interested participants can refer to the details of how to play the game in the first tweet announcing the launch of Lords of Dogetown.