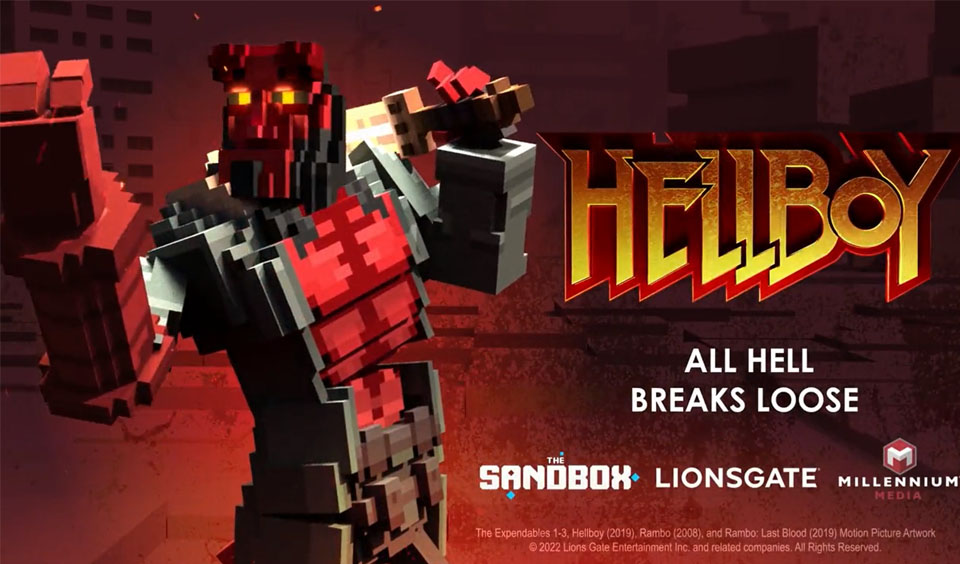 The Sandbox, a virtual gaming world, has announced its partnership with Lionsgate, a renowned global content producer, and its partner, Millennium Media. The collaboration is to create the Action City, a dedicated LAND in the metaverse to serve as an exhilarating entertainment destination.

Action City will feature voxelized items and characters inspired by fan-favorite Millennium Media and Lionsgate action films. It is worth mentioning that Lionsgate is the first renowned television and film studio to launch into The Sandbox.

We are delighted to welcome @Lionsgate, who will become the first film & TV studio to enter The Sandbox!

🎬 Action City will host film-themed experiences from a number of franchises, starting with #HellBoy!

What to Expect from the Collaboration

Lionsgate’s LAND will come with numerous experiences that explore the rich horror catalog synonymous with the studio. The Land will also host different film-themed experiences where players can interact and create great ways for fans to engage.

Some film franchises that Action City will launch at inception include Hellboy, Rambo, and The Expendables. Suffice to mention that all the contents of Lionsgate and Millennium in Action City will be based on The Sandbox blueprint.

The blueprint is to empower players with everything required to create their experiences using well-known and original worlds and characters. The Action City will feature Voxel items, which will be more than visual props. Rather, they will provide utility to players as items that they can use on their Avatars or in original experiences they create.

What the Partnership Means to The Sandbox and Lionsgate

According to the COO and Co-Founder of The Sandbox, Sebastien Borget, the vision of the game metaverse is to consistently deliver thousands of colorful worlds. This is to enable players to create their original adventures alongside other licensed content from their favorite TV shows, movies, and anime, among others.

He went further that a partnership with the reputable global entertainment leader, Lionsgate, will significantly and positively impact The Sandbox open metaverse. The Executive Vice President at Lionsgate, Jenefer Brown, also opines that the team cannot wait to launch its Lionsgate Land in The Sandbox metaverse.

The launch will give fans from across the world the opportunity to play, create, and explore Lionsgate film IP in different ways beyond the physical world.

It is expected that this strategic partnership will offer both brands and their community many benefits. It is worth mentioning that Lionsgate has 129 Academy Award nominations and a huge catalog of popular horror and action films.