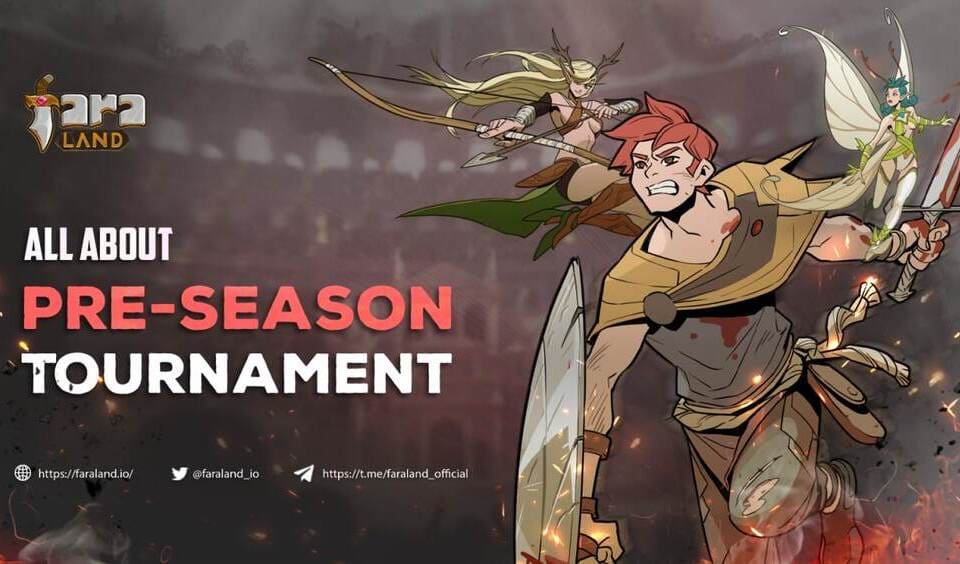 The multi-player RPG NFT-based game on BSC, Faraland, has released the details of its upcoming pre-season tournament. The event, which is scheduled to run from June 17 to July 1, 2022, has a total prize pool of 10,000 $FARA and it is open to all interested participants.

It is worth noting that the pre-season tournament is a stepping stone in preparation for the next PvP season. According to the Faraland team, the last three weeks of the PvP Tournament Infernal Summit III recorded exhilarating battles up to the last hours.

🔥All about Pre-Season Tournament🔥

A stepping-stone to prepare for the next PvP season 🤩

The game platform plans to release a new version of the game after every tournament to maintain an exceptional gaming experience on its platform. In light of this, the game metaverse will have a pre-season tournament to prepare them for the tremendous battles in upcoming PvP seasons.

What is the Ranking System in the Pre-Season Tournament?

Each participating player will have 2000 ELO as the base point and the system will match each player automatically to the same rank points. The system will also extend the ELO gap automatically if it is taking too long to find a match. Faraland mentioned that the team will implement a new version of ELO calculations as follow:

It should be noted that the ELO points each player receives after every match will depend on the ELO difference between the two players.

More Details about the Pre-Season Tournament

The game platform has announced that when players transfer heroes to a different wallet, the ELO of the player will be earned based on the ELO points of that hero. Also, after five turns of AFK, a player is regarded as being defeated.

The ELO of players will be added by an extra 50 after one day offline. Players must play a minimum of 20 PvP ranking matches to become eligible for the prize. A total prize pool of 10,000 $FARA will be shared among 50 players at 200 $FARA.