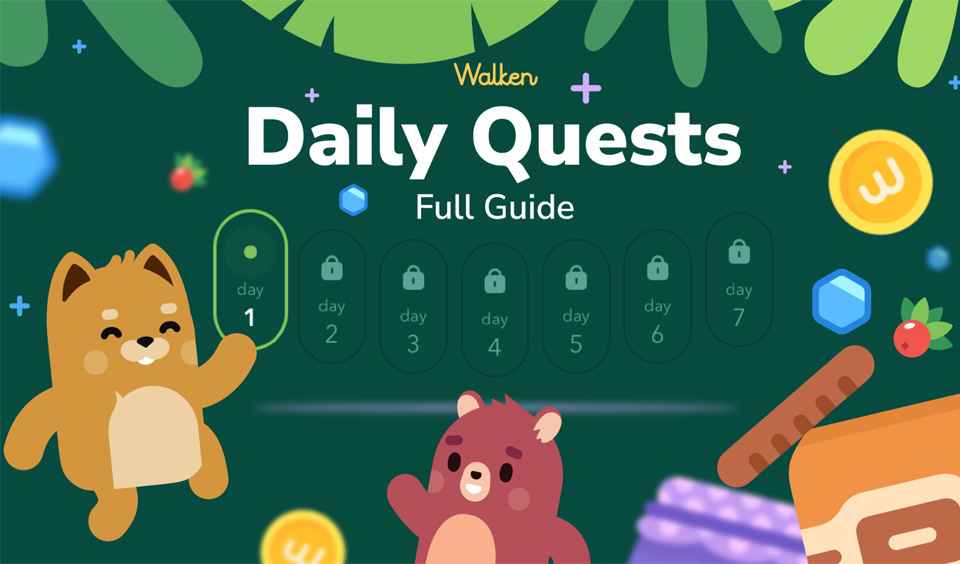 The world’s first free-to-play walk-to-play game, Walken, has released a comprehensive guide for its Daily Quests. The Daily Quests is the new way to earn in the game platform, and according to the team, it is a fun addition to its gaming experience.

The team further emphasized that the new Daily Quests system will add more engaging, fun, and rewarding experiences to the game metaverse. Additionally, it will deliver a valuable new dimension to the in-game activities on the platform.

We are beyond excited to announce that the new way of earning 💵 and a great addition to the Walken experience is coming up in a matter of days!

Highlights of How the New Daily Quests Work

According to Walken, the Daily Quests are a group of objectives players must complete daily to earn rewards. The platform will release five new quests daily over seven days. Gamers can easily complete some of these quests in hours, while others can take many days.

Players must complete each quest within seven days. The day you open the Daily Quests through the Wallet Screen banner for the first time is the first day of a quest week. You have seven days to complete them.

The following week’s quests start immediately after the earlier quests end. The platform will capture the gamers’ activities from the first day and track the progress through the tasks for the week. The tracked activities will include competitions won, gems and tokens earned, and others.

Highlights of the Rewards for the Daily Quests

Players will earn rewards for completing these quests. The rewards come in Gems, Mysberries, and $WLKN. The actual reward you earn depends on the Rank. Higher ranks will earn more rewards. You will receive your $WLKN rewards in your Pending balance and also get transactions for other rewards on their respective Wallets.

You get more valuable Jars for more full days you complete. For instance, you get an Amber Jar for three full days of completed quests, an Azure Jar for five completed days, and an Amethyst Jar for seven completed days.

These Jars will give you Mysberries, Gems, and $WLKN in different quantities. You also stand a chance to get Item and CAThlete Loot boxes. It is crucial to claim your rewards for all completed quests before the quest week concludes because you cannot transfer them to the following week.

How to buy NFTs from Gensokishi Metaverse?