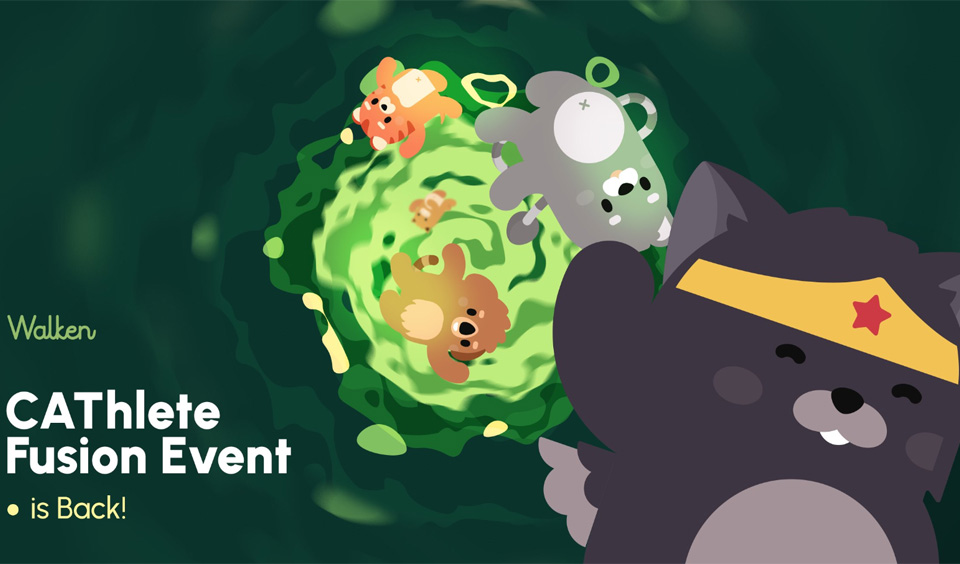 The world’s first free-to-play, walk-to-play, play-to-earn game platform, Walken, has announced the launch of Fusion Event 2.0. According to the game platform, the event is returning in the final days of 2022 and will last for five days.

The Fusion pool for the event is 10,000 units. The prize will depend on the volume of fused CAThletes per fusion. It is worth mentioning that prices remain the same for all rarities.

Highlights of the Fusion Prices

It is worth mentioning that there is zero chance of getting a Common NFT. Also, the chance of obtaining a higher-rarity new token is determined by the volume of fused CAThletes and their levels and rarities.

When more CAThletes find their way into the portal, participants have a higher chance of acquiring a new and rarer character. Walken also mentioned that users have a good chance of fusing Common tokens to obtain a Rare or Legendary token.

More Details about the Fusion Event

Participants can only fuse one NFT CAThletes of levels 6 to 10. Also, the fused tokens will be burnt and cannot be used in the game again. You will receive one NFT CATHELETE when you fuse. Other details are highlighted as follows:

What do I need to Start Playing Splinterlands?