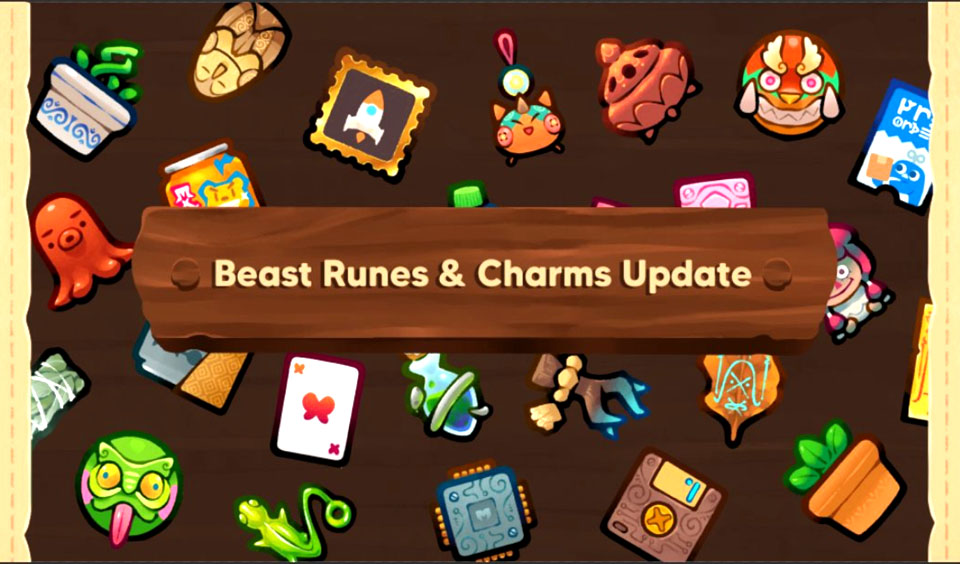 In line with this, it is introducing changes to runes, charms, mechanics, and cards. Axie Infinity revealed that its community feedback and data gathered from the previous season inspired the game improvements and balancing.

With this, we’re kicking off our daily leeks of the coming changes—starting with Beast Runes & Charms. 🧿

Highlights of Updates on Runes

Sparkling Eyes: This Axie now has one Rage at the start of a battle, and its Axie Attack cards deal a 10% bonus DMG.

Dominant Predator: The single attack of this Axie applies Bleed for two turns if the target is not bleeding. However, its attacks against Bleeding Enemies deal a 10% bonus DMG and recover 15 HP for the Axie after the hit.

Pangolian Scale: This is a Solo Axie, and while it cannot gain Shield, it receives 15% less DMG when attacked.

Glorious Mane: This is another Solo Axie. When played, its Single Attack Cards do not grant Energy Fragment. However, it gains five permanent DMG during play.

Endless Anger: This Solo Axie gains one Rage at the turn of a player’s start, and the Rage on the Axie grants three bonus DMGs for each stack.

Highlights of Updates to Charms

Beast’s Charm of Power I: This enhances a Single Attack card with ATK +6

Beast’s Charm of Focus: It enhances a Multi-hit and AOE Attack card with ATK +3

Beast Energy Drink M: This enhances an Attack card with Base ATK + 20%. Axie Infinity also added an “Unstable” feature to it.

Mask of Frenzy: This enhances any card while other Axies gain one Rage.

Beast’s of Charm of Focus II: It enhances a Multi-hit and AOE Attack card with ATK +5, and its Max HP is -4.

Beast Energy Drink S: It enhances any card and gains 2 Rage with the addition of Degrade.

According to Axie Infinity game platform, it will unveil Rune and Charm Changes to start after which it will drop new card changes. It further revealed that the patch with full changes will tentatively go live on December 14, and Season 2 will start one week later.