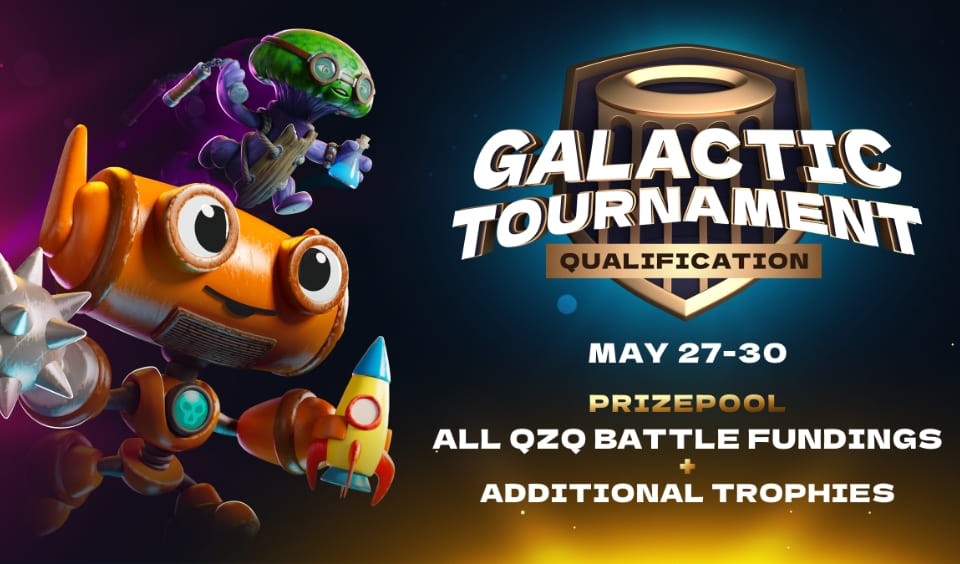 BattleVerse, a play-to-earn game powered with NFT x DeFi and MultiChain technologies has announced the launch of its Galactic Tournament qualification. Despite being a pre-contest, there will still be prize rewards for participants.  The contest will run from the 27th to the 30th of May 2022. Over the period of three days, players will earn $QZQ, NFTs and the opportunity to appear in the comic book.

⚔️We are thrilled to announce the first ever #P2E #Metaverse Galactic Tournament Qualification!🤖🍄

To participate in this event, visit https://game.battleverse.io on May 27. After which you can proceed to play every game available in the contest. As there is no limit to the number of games that you can play. In addition, you will get 1 battle point. Your total score will always be displayed on the main interface. So will your tournament timer.

Upon your first login to the game, you will be given the rules of the competition. Ensure to read it properly. If you want to access the rules during the course of gameplay, click on the tournament icon.

The timer will end on the 30th of May and signify the end of the tournament. After which the battle points of players will be compared and rated. If two players have the same number of BP, the game will consider factors like games played and the amount of damage inflicted.

There will be ten winners from the BattleVerse Galactic Tournament qualification. With the major users being the first, second and third positions. They will enjoy up to 70% of the total prize pool. Should a player finish in the top ten, they will receive a congratulatory message on their page. This will be displayed alongside their score and their prize.

In addition, there will be a tournament hall of fame. This is where the scores of all players will be stored for record purposes. It will also be always available to all players.