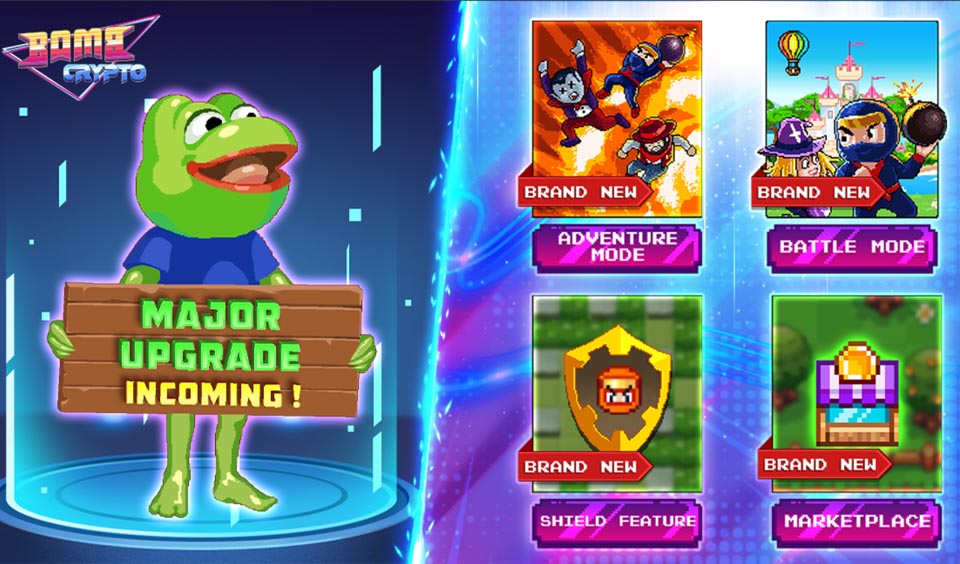 The play-to-earn bomber game based on Blockchain, Bomb Crypto, has released major upgrades on its game platform for November. This upgrade relates to the new mobile version of the game platform for Android and IOS devices.

The upgrade aims to optimize the gameplay experience and sustain the economic system on Bomb Crypto. In addition to the new mobile version, the platform also added a new adventure mode, a new battle mode, a Shield Feature, new in-game currencies, and a new marketplace.

👉Check for all of the Upgrades' details: https://t.co/Q9V87vJSVM

Highlights of the New Mobile Version

The mobile version offers a comprehensive change in the game’s super version, called the BOMBERLAND. The mobile version is available for IOS and Android. According to Bomb Crypto, it will soon add Adventure Mode and PVP Mode on the mobile version to enable players to access thrilling matches on the go.

When a user logs in, they will receive a Hero to explore the experience the platform has to offer. BOMBERLAND offers several interesting gameplay chances. First, players can play Adventure and PVP modes on their mobile phones instead of only mining tokens. Users in the PVP mode can play both the 1vs1 and 2vs2 game modes.

Highlights of the Economic System and In-game Currencies

Asides from the game mode upgrade, Bomb Crypto also made some changes to the in-game currency. The game now has four operating currencies, which are BCOIN, GOLD, GEM, and Coins. Each currency has specific utilities, which players can find as they explore the game.

In-game Marketplace: What to Know

The game platform is launching a new marketplace where users can exchange items. The primary exchange currency on the market will be the GEM token. The item exchanges in the marketplace will be between User Tr and User Fi.

User Fi can list opened items on the market for sale, and User Tr can use GEM tokens, locked or unlocked, to purchase items for different purposes, including hero upgrades.

It is worth mentioning that User FI will also pay a fee to the issuer, and they can swap the remaining GEM for BCOIN or SEN and purchase other On-Chain items.

Highlights of the Shield Feature

This feature offers repair options for mechanisms and materials. Users can repair Hero’s Shield with SEN or Material. They can use Hero to separate Materials, and it is worth noting that the higher the rarity, the more materials you can get. Additionally, there is no fee associated with getting materials.

When is the Star Atlas Release Date?