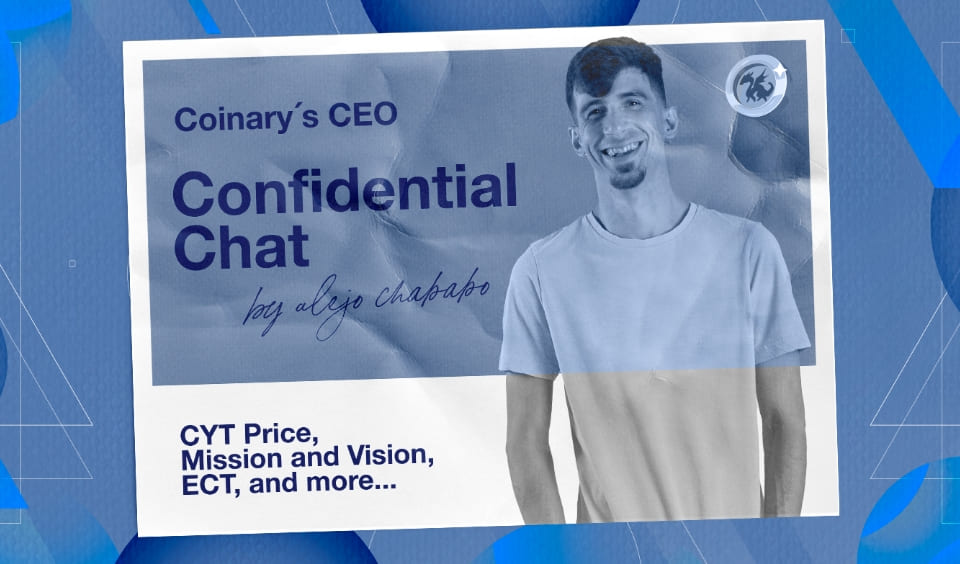 On Friday the 18th of February, the CEO of Coinary Alejo Chababo had a community AMA. In that confidential chat, he outlines his vision for business development to community members. A report of this chat was issued via the Coinary blog. Here is all you need to know about the Coinary CEO vision.

Earlier in February, the Alejo Chababo shared an open letter to the Coinary community. In that letter, he addressed certain issues. He questioned some approaches These issues raised questions about his community members. To resolve this question, the CEO decides on an AMA session.

Coinary's CEO, @CryptoGatos, answered the questions sent by the Community, and took deeper steps into the explanation of Play-to-Own.

But what about the games in development, CYT's price and ECT? It's all on this post.

In that AMA, Alejo promises the continuous development of all its games. The vision involves the evolution of not just the game, but the company itself. This vision will ensure that Coinary continues to deliver GameFi solutions and innovation. It also includes the incorporation of the “Play to Own” model.

According to Alejo, Play to Own model is the next big thing in GameFi. This model is not complementary of the Play-to-Earn model. With this model, players will truly own their in-game assets. Coinary will never get back these assets. It involves turning player into becoming owners of the game. Making Coinary offerings the true definition “community owned” projects.

Chababo also claims to be in discussions with billionaire companies, and they are in support of this. In this regard, the blockchain gaming outfit is making efforts to get closer to its gaming audience. This is because players are a constant income of money to the ecosystem. Reaching out to these people guarantees that the Coinary outfit will develop games are attractive to players.

Plans for Dragonary and Other Related Questions

Not too long ago, Coinary introduced Virtual Accounts to the Dragonary game. The introduction of 360 gaming experience for virtual accounts raised concerns amongst users. Especially in the player vs player (PVP) mode. Responding to this question, Alejo explains that there will not be two different PVPs. Creating separate PVP games will create longer queues and increase waiting time.

Therefore, both NFT and virtual players will battle against each other in PVP. However, they will not get the same rewards. NFT players will be able to earn their rewards as NFTs. Virtual accounts on the other hand will not receive rewards outside the use of gameplay. Soon enough, there will be tournaments in the game. However, this will take place after the balancing of the PVP mode.

The idea behind the introduction of virtual gameplay experience is to rebrand the Dragonary gameplay mechanics.

Claw Stars Launches a Collection of Utility NFTS in its Game