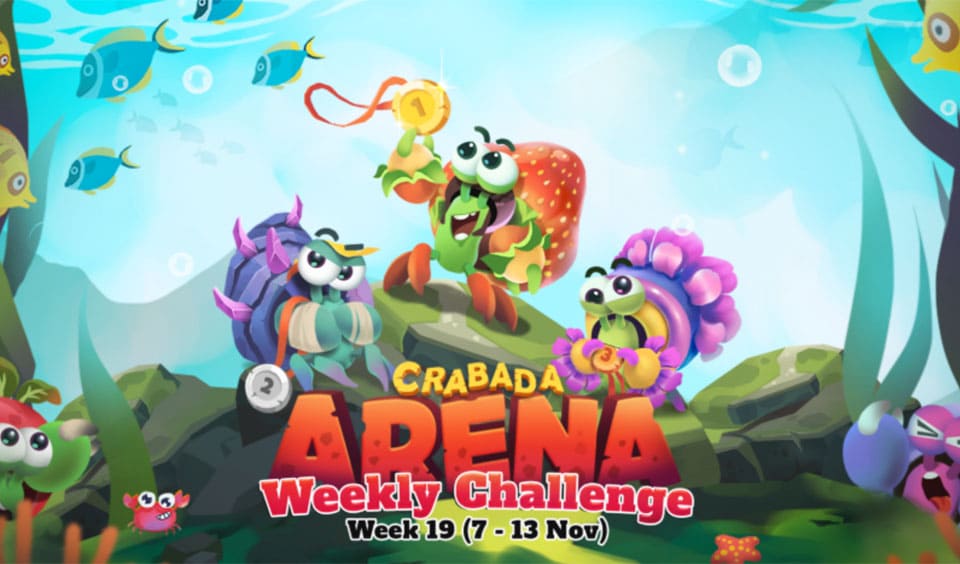 The play-and-earn idle game on Avalanche, Crabada, has announced the start of its Week 19 Arena Challenge. The event starts today, November 7, and will run until November 14.

Participants stand a chance to receive exciting rewards during this event.

Highlights of the Rules and Mechanics

According to Crabada, these mechanics only applies to the effective week of the Arena game mode.

Highlights of Points and Rewards

Top-ranking Arena players will receive Material Chests. According to Crabada, the Material Chests are eligible for multipliers and can go as high as 10,000 times. The game platform also mentioned it has expanded the Material Chest rewards to include the top 500 players instead of the top 300 from the previous week.

Participants must understand that they cannot trade the equipment they acquire from Equipment Boxes received from rewards.

Details of the Expiration Duration of Different Equipment Rarity

Crabada has revealed the expiration duration for different equipment rarities from the previous weeks of the weekly Arena Challenge. The details are enumerated as follows:

Players can find out more details about the Arena Challenge by following the official social medial channels of the game platform.