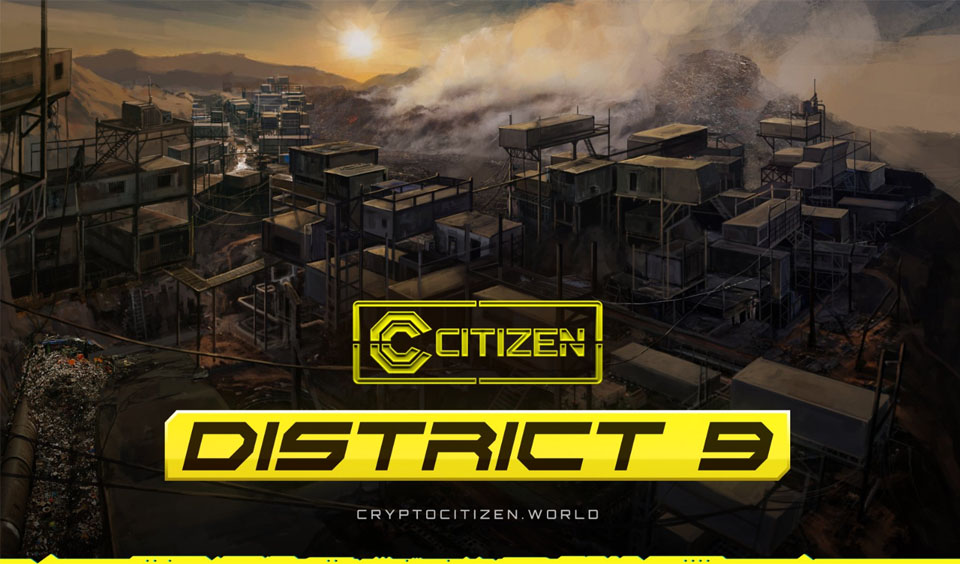 The hero-shooter open-world metaverse, Crypto Citizen introduces the ghetto of Ether Island – Vaporwaves in District 9 of its metaverse.

While this destination looks like the worst place to live, it does offer valuable treasure hidden and waiting to be unearthed.

Don't get too excited you got out of the Outerlands, District 9 isn't any better!😏

We have gathered all the information about District 9, so don't hesitate and check out what awaits you there👊

According to the game platform, it is surely not a promised land. While it is more developed and inhabited compared to the Outerlands, it remains a “shithole”. It is the dump site for the trash from the whole island.

Apart from the trash, it is also the dump site for “loser human scum” that gets caught by the local police and ends up in the prison. These prisoners work in the mines of District 10 where they only last for a short time.

Vaporwaves is also the destination for many wannabe mercenaries and cyborgs looking to hone their fighting expertise and skills at the training ground built by Korpo for their cyborgs and police robots.

What More can you expect from Vaporwaves?

Do you think it cannot get worse? Well, you are very wrong. Vaporwaves is the epicenter of slums, poverty, and dirt. On the northern side of the Vaporwaves’ hills, you will find a slum. It is one of the oldest settlements on the island.

It consists of people who believed in the sweet promises of Ether but are unfortunate enough not to see their dreams materialized. These people are stuck in despair, poverty, and of course, violence.

Most of the residents of this slum make their living as thieves, scavengers, and trash pickers. The streets are filled with little gangs that take pleasure in causing mayhem. Violence and murders are the order of the day and when it is midnight, the syndicate takes over and makes it a home.

Well, it is not all bad news for this slum. It does have something special. Indigo, a magical element discovered on the shore, is the main source of income. It is a byproduct of a unique sea urchin and is found in the discarded shells of this creature.

Indigo has two forms. First is the pure, unchanged form with the power to change the time when used and it gives unique psychic abilities. The second is doge, a standard and cheaper form. It turns virtual reality into real, and many people get addicted to it.

Living in District 9 is not going to be easy but if you are tough and punchy, you will survive.