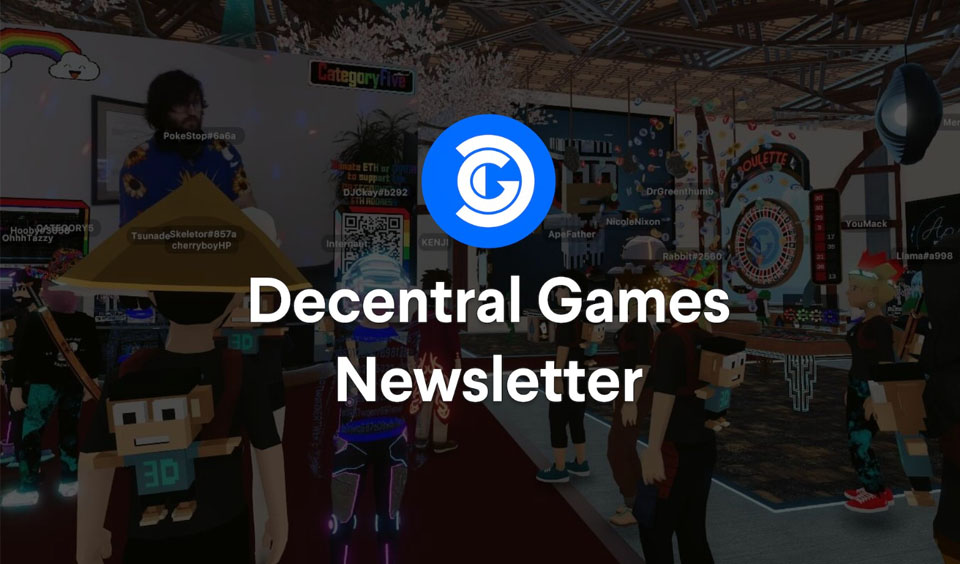 The first Metaverse poker platform, Decentral Games, has released the 100th issue of its Weekly Update. The update covers different activities the game platform achieved in the past week and those planned for the new week. It covers Holiday Giveaways, CoinGecko Airdrop, New Sign –in Methods, and Game Updates, among others.

Highlights of the Holiday Giveaways

Decentral Games revealed it will be hosting many giveaways this week with many holiday-themed skins, sweaters, and others. Items you can look forward to getting your hands on include ten pairs of Mythic Baby Baus Holiday Sweater, Snowman, Gingerbread, and other Tournament skins.

Can you believe this is the 100th newsletter? It only seems like yesterday when we sent out the 1st edition

We got a lot to cover this week so let's get right into it:

There are also five-holiday sweater types, four glass types, and two full outfits, each having four wearables. All these are available as Holiday Giveaways for this week.

The game platform mentioned it is airdropping all its Gecko skins from its partnership with CoinGecko. Lucky winners of these Gecko skins can put it on to attend the CoinGecko community party on Wednesday, December 21, 2022, at 9:00 pm EST.

Highlights of the New Sign-in Methods

Decentral Games users can now sign in and set up their new ICE Poker accounts with their email, Twitter, or Discord ID. That means there is no need to worry about creating a wallet, navigating through Web3, or bridging tokens.

The platform also mentioned it added new wallet integrations. With this, players can now sign in with their Coinbase or Rainbow wallets with only a few clicks. According to the game, this is a big milestone to simplify the welcoming of new players and the onboarding process in the ICE Poker community.

Details of Other Highlights

The game metaverse released different Metaverse stability improvements and bug fixes based on feedback from the community. It also partnered with Arc8App, where players can play mobile arcade games on the app and win $ICE and a free G-Bot Tournament skin.

On development focus, Decentral Games re-emphasized its commitment to continuous development for its Player Hub where gamers can add Shine, buy $ICE and wearables, and others. It also fixed some bugs after the first Metaverse SNG community alpha test.

The game also reaffirmed its commitment to continue to implement a cross-chain swap feature. This is to enable users to buy $ICE with crypto on any chain. Decentral Games also mentioned it would host various tournament events with several rewards this week, including Deepstack Mega Shine and Hyper Turbo.

How much does Sandbox Metaverse Land Cost?