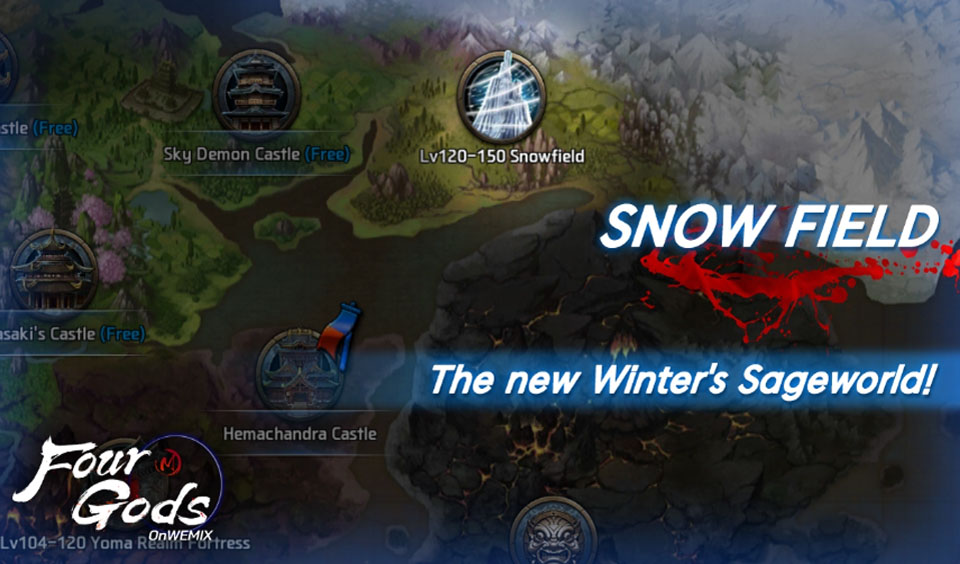 As part of its plan to continuously deliver an immersive game experience to players on its platform, Four Gods, a play-to-earn game platform, has released the details of the updates scheduled to take place on June 30. Here are the highlights of the updates and new changes made to the game metaverse.

The game platform has added new content including the SNOW FIELD. Players can explore the new Winter Sage world featuring blizzards when it opens. They will have the opportunity to explore the main scenarios in Four Gods’ world of the Snow Field and meet new monsters.

It should be noted that the SNOW FIELD features six Maps. Players have the chance to get a higher grade on Rewards and Items from the SNOW FIELD.

Addition of a New Boss in the Snow Field

Gamers can obtain the Repair Spell with a specific probability while hunting down the Unleashed Cross Demon King.

Opening of the Tower of the Departed 2F

It is worth noting that the Tower of the Departed 2F can obtain more Red Gam than what is obtainable on the first floor.

Highlights of the Upcoming Event

Four Gods will hold a specific Item Purchase Event I for the Green Gem. The event will take place after the maintenance from June 30 to July 6. Players that buy the Green Gem with various items will receive payback as rewards.

Apart from the Green Gem, other added items and packages in the New Item Shop include the Ancient Silver Fox Package, which costs 5,000 Green Gem.

There are also the Tower of the Departed 2F Ticket, Blessed Enhancement Support Package, Complete Buff Package, and Recovery Potion. It is also worth mentioning that some bug issues have been fixed, including text errors, among others.