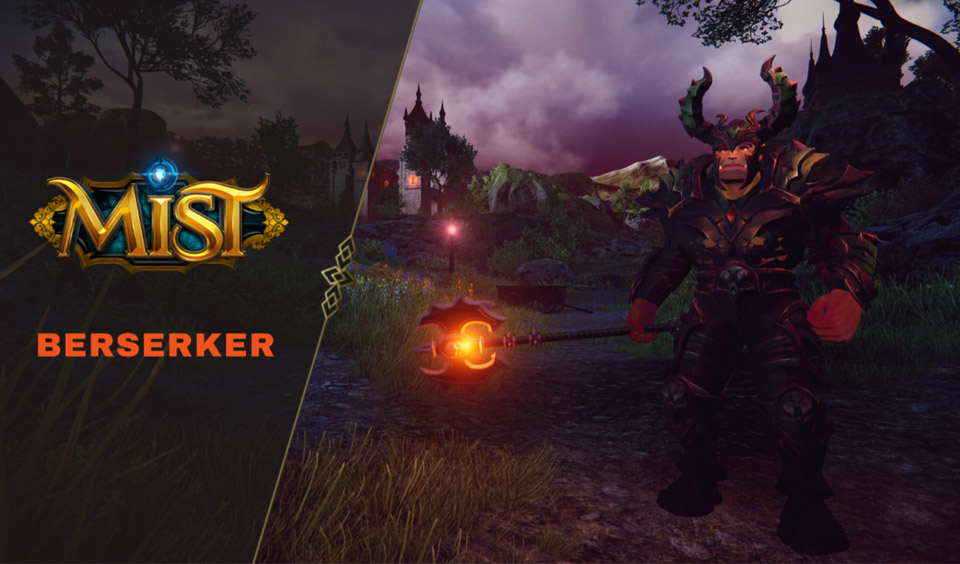 Mist NFT, the open-world play-to-earn MMORPG metaverse, has released the new class abilities of the Berserker. The Berserkers are bloodthirsty creatures who charge head-first into battle. They use diverse weapons to cause horrific damage to their enemies.

Interestingly, they possess heavy armor, which protects them from damage. These creatures are filled with rage and are all out to wreck pain wherever they go. From toddlers, they are nurtured and trained to inflict pain and kill enemies using different weapons. The Berserkers are tough and can withstand an unimaginable level of damage.

Their goal is to win, irrespective of the cost. They do not hold back in the face of danger and there is nothing off-limits for them. They are often the first to charge into battle, putting their lives at risk for their teammates. For this reason, these creatures are well respected in their teams. They are also loyal creatures and would do anything to protect their teammates.

What are the Unique Abilities of the Berserkers?

The Berserkers possess tanks with the role of causing damage wherever they go. Here are other abilities that they possess.

Spinning Blades: This ability allows players to spin their weapons viciously to deal 140% physical damage to enemies within two yards.

Mortal Strike: With this ability, you can locate a weak point in the enemy’s armor and strike it, causing bleeding that leads to 150% physical damage within eight seconds

Charge: This ability allows players to charge into battle and race towards the enemy within nine yards.

To the Death: Players can challenge the enemies and cause a 3-meter radius wall to surface to prevent anyone from exiting or entering for four seconds.

Raging Voice: With this ability, you can release a strong shout to send fear into the target and stun them for three seconds.

How to Get a Berserker

The Berserkers are available to all players in the Mist NFT metaverse. In the coming weeks, Mist NFT will release all Berserkers to its player-managed peer-to-peer marketplace. From there, interested players can buy the item. You can visit the official Mist NFT marketplace to see more details of the requirements for buying one.