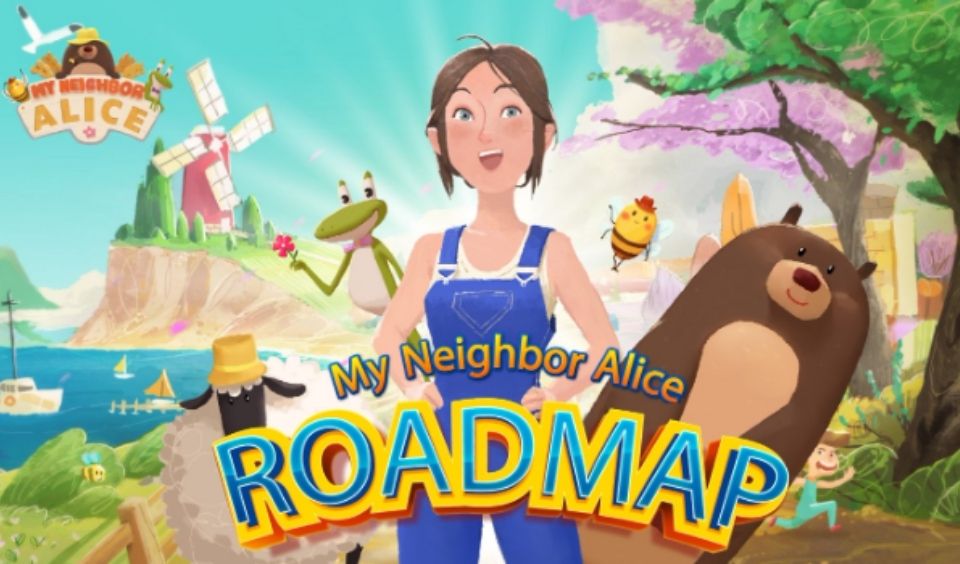 To unveil its plans for the new year, My Neighbor Alice is introducing its Roadmap for 2022. The new roadmap announces and outlines multiple Alpha Seasons. Each of these seasons will see to a different build of the game’s testnet. More details are as follows.

Dear Neighbors!
⁰
It's spring again and we are buzzing with excitement as we have two big updates to share with you:⁰

Details of My Neighbor Alice 2022 Roadmap

As mentioned earlier, the 2022 roadmap of My Neighbor Alice will be characterized by testnets of the Alpha Seasons. The maiden edition of this series will be launched in Q2 2022. This game is one of the last games to present a roadmap. However, it gave reasons for the delay. The reason being that it was defining the cope for the advancement of the gaming project.

In addition, there will be further development of the mechanics, components and features of gameplay on the blockchain. This means that My Neighbor Alice is expanding beyond traditional gaming, into the shores of blockchain. As such, it needs to ensure that the models that will be developed will be self-sustained, secure and decentralized. This will help transform the project into a Decentralized Autonomous Organization (DAO).

In line with the plans for the game, My Neighbor Alice is making significant progress. Furthermore, it will be communicating updates to community members. Speaking of updates, there have been several additions to the team. Over the last three months, the project has expanded by 100%. This onboarding involves both development and operation specialists. At the moment, My Neighbor Alice current boasts of the largest and the most diverse team members.

Besides increasing its personnel, its executive team is also redesigning a new course for its project. This includes setting realistic timelines, increasing the number of milestones, improving the quality and playability of gameplay. As mentioned earlier, the first model of the Alpha Season Testnet will launch in Q2 2022. This version will focus on delivering a high-quality user experience.

As such, each new season will feature upgrades on the previous edition. These updates will continue till the game achieves its vision of launching a premium mainnet. My Neighbor Alice is excited to begin this new chapter. In this regard, it is inviting users to join them in their mission to build a P2E ecosystem from its causal farming game. On a final note, users are also invited to an AMA session coming up on the 24th of March at 10:00 AM CET. It promises to discuss the details of the project and answer all pressing questions. The AMA will hold on its Official Telegram Channel.