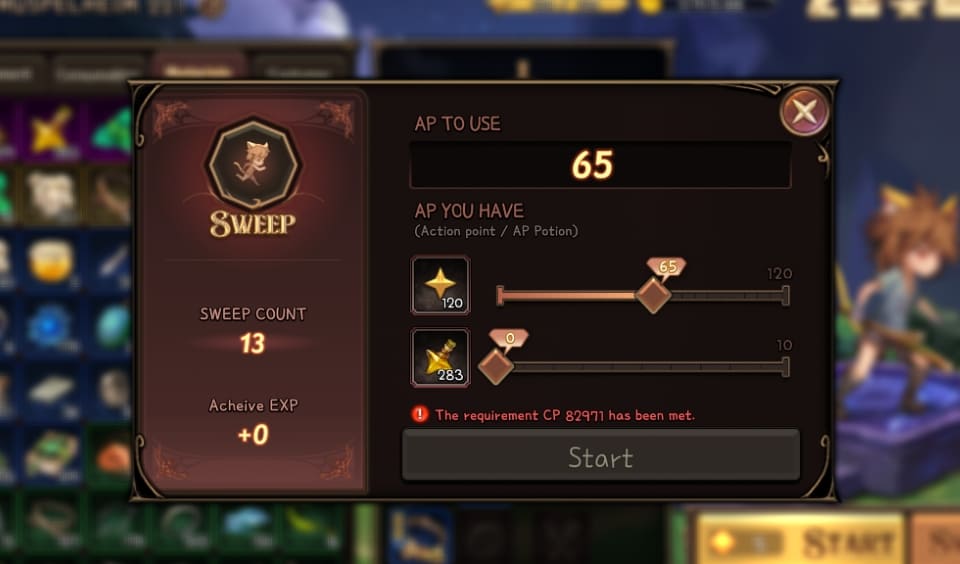 Nine Chronicles unveils a x3 increase in its daily reward. In addition, it also announces the improvement to the sweep function with the v100200 update. Which comes as a surprise, considering that the game released the v100190 edition earlier this month. This announcement comes after it issued its monthly update for the month of May.

On the 3rd of May, Nine Chronicles in introduced the sweep function. The aim was to ensure certain improvements within the game. Before now, players had to laborious routine to collect materials for crafting. With this new addition, the process became much easier. Thereby making gameplay even more enjoyable. However, the first edition had some limitations.

For example, it was only applicable to stages already cleared with 3 stars. In addition, players have to use all their AP points. They could not use half or a percentage of it. This also means that users will have to burn AP ponts+ Up to 10 AP Potions at one go. Meaning they will have to complete 264 battles at once. Furthermore, the sweep will not be available for Mimisbrunnr. In addition, there was no uniformity in the EXP requirements. They vary within a sweep, and will be given during the level process.

Although this feature was great, there were still some deficiencies. To resolve them, Nine Chronicles is issuing an improvement to the sweep function. For example, the v100200 now allows players use part of their AP. Meaning that they can choose between 1 to 24 streams. In addition, there will be no more naked sweeps.

As each stage will demand a particular amount of CP to run this function. Should you decide to do so, the CP requirements will appear on the window. Nine Chronicles is not stopping here. Their dev team.will be working with feedback from players to improve the current one. This will be added to the game later on.

The x3 daily reward has been on the Nine Chronicles game for quite some time. A number of players have also expressed their pleasure and appreciation of it. Following this feedback, the team decided to maintain this system. However, it will issue further update if there is need to balance the in-game economy. Considering that it does not know how long this feature will last, it advises players to remain active and increase their earnings.