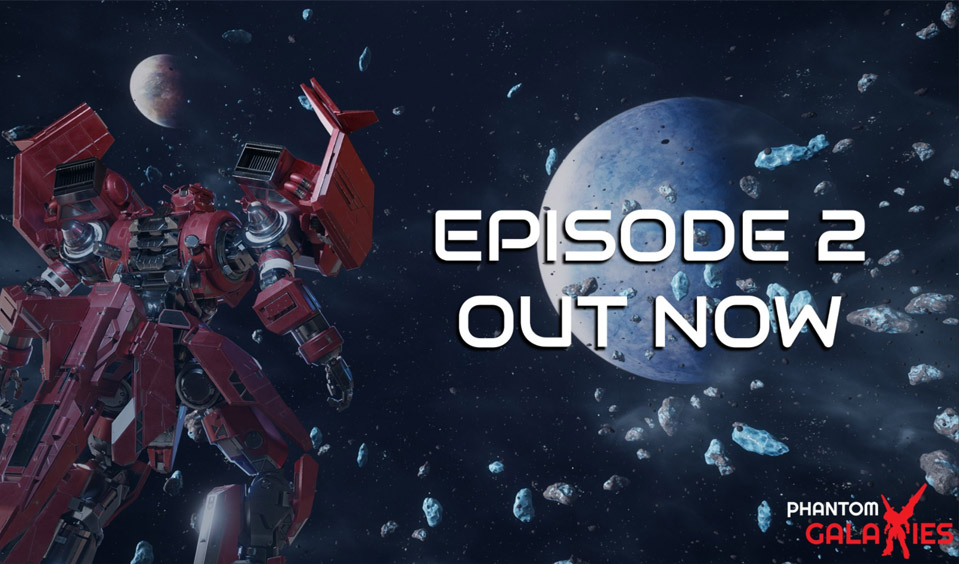 Phantom Galaxies, the self-acclaimed “biggest bad-ass mechas on the blockchain, is pleased to announce the release of the second installment of its Phantom Galaxies Alpha.

Phantom Galaxies Episode 2 – Traitors in the Skies is now available for both Mac and PC!

We are thrilled to announce that you can now access the second instalment of the Phantom Galaxies alpha!

How to Access Phantom Galaxies Episode 2 as an Old Player

Being an old player means you already played the first episode. To access episode two, simply click to open the Phantom Galaxies Launcher. You have to wait for a prompt for an update.

It can also prompt you to download and install the latest version of Phantom Galaxies Launcher from the official website of the game platform. Follow the prompt and then continue with the game just as you did when playing the first episode.

How to Access Phantom Galaxies Episode 2 as a New Player

The option to download will depend on whether you use a Windows or macOS device. Next, run the downloaded installed based on the prompting given to you. Your device type will determine the process. If you are prompted with “Windows protected your PC”, select “More Info” and then “Run anyway”.

You may also get a prompt that says “Windows Firewall”, click “Allow Access”. After this, the installer will automatically download and install your game. If you are prompted with “Windows change notice” click “Allow” to proceed.

When the game is installed, click on the “Play Phantom Galaxies” button and wait for the game to load. After loading, you need to enter your special access code. Paste the access code you copied from the official website in the space provided and click “Enter”. You can then continue to play and enjoy the game.

Suffice to mention that if you are yet to play the first episode of the Alpha game, you need to play it first before you can proceed to the second episode.