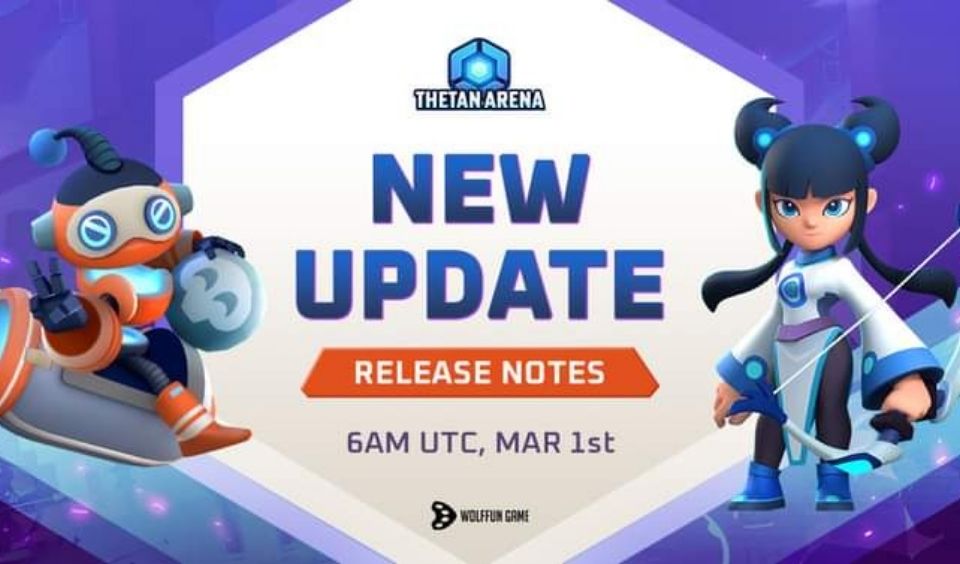 Thetan Arena is set to issue a new update on the 1st of March. This update will feature custom battles. It will also include new features and enhancements o the game. Announcement of this new release was made via the Thetan Arena official Facebook page. The announcement comes after the weekly in-game summary. More details of the Thetan Arena new update are as follows.

The Thetan Arena new update will drop at 6 AM UTC on the first of March. As mentioned earlier, it will feature custom battles. In this new release, only allow for Deathmatch, Tower Destroy and Super Star battles. The game will release Royale Solo and Due battles in subsequent upgrades. In these custom battles, players will be able to create their own matches with their friends. They can even launch or host a tournament.

Besides the custom battles, there are also enhancements to the in-game shop. Thetan Arena development team has added special offers to the shop. There are also improvements to the Vesting Safe history. The game has also updated the matchmaking feature. Players can now enjoy a much smoother gameplay experience. This is thanks to fixing of problems like battle end and other minor gameplay problems.

To complete this update, there will be a 1-hour break. In this break, users will not be able to log in to the game. Thetan is also encouraging players to log in and play the game upon launch. More so, it should also give feedback on the new release. These feedbacks will play vital roles in subsequent developments.

Thetan Arena is an online arena and esport game based on blockchain technology. It combines the play to earn model of gameplay with the action/adventure features of video games. In this game, you can gather your friends and form a team, battle with others. While doing this, users get to earn money with just their skills. The game offers an increasingly fast-paced course of gameplay. Like most blockchain games, players can own and trade in-game assets as NFTs.

Thetan Arena is designed to combine your personal and teamwork skills. Challenge yourself with various game modes, from classic MOBA tower rush to battle royale. Build your team and try to bring down their nexus (tower). This game is developed by WolfFun video game studios. It is currently supported by the Kardiachain blockchain. It is available on PC, iOS and android devices.