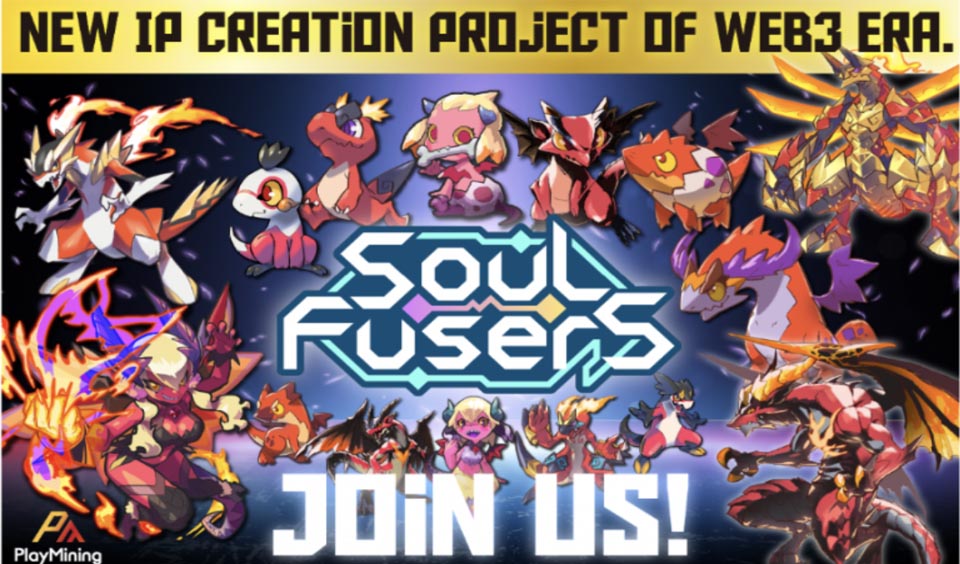 The Web3 IP co-creation project aims to create new IP in partnership with the user communities. According to PlayMining, the IP creation and game development contributors will receive DEAPcoin as royalties.

The game platform reveals that the SOUL Fusers project is a new Web3 game project where players can acquire monsters known as SOULs living in different worlds to fight against other SOULs. It went further to state that the new game will launch in 2023.

According to the game metaverse, a SOUL possesses a core, and when they engage in battles, the underlying cores bond and influence each other. Gamers need SOULs of different natures to play and win DEAPcoin.

The DEA team is partnering with development partners, h.a.n.d., Inc, and PreciousAnalytics to launch the new game title for PlayMining as the first step toward IP development. The team will explore ways to develop IPs in the Web3 era to create a community where anybody can become a creator.

According to Satoshi Aararagi, the Producer & Development Director, DEA Chief Game Officer, SOUL Fusers is a project designed to explore the creation of new IP in the Web3 era. He relates the SOUL Fusers project to a child’s imaginary world where they create stories and characters in their minds.

According to Aararagi, SOUL Fusers is a virtual world where these stories and ideas leave the world of fantasies and take shape. Creators can share these stories with others in unique ways and integrate them into a single IP.

He further states that this attempt to move from the fantasy world into the virtual world is only made possible with the development of blockchain technology. This technology makes the issuance of NFTs and royalty payments in digital currency possible, and the team is proud to say their company can achieve this.

The DEA team reveals that the game title has two meanings. The first is a worldview where SOULs Monsters fuse or connect with humans and other SOULs. The second meaning implies that the gamers’ SOULs participating in the game will interact, making each user a Fuser.