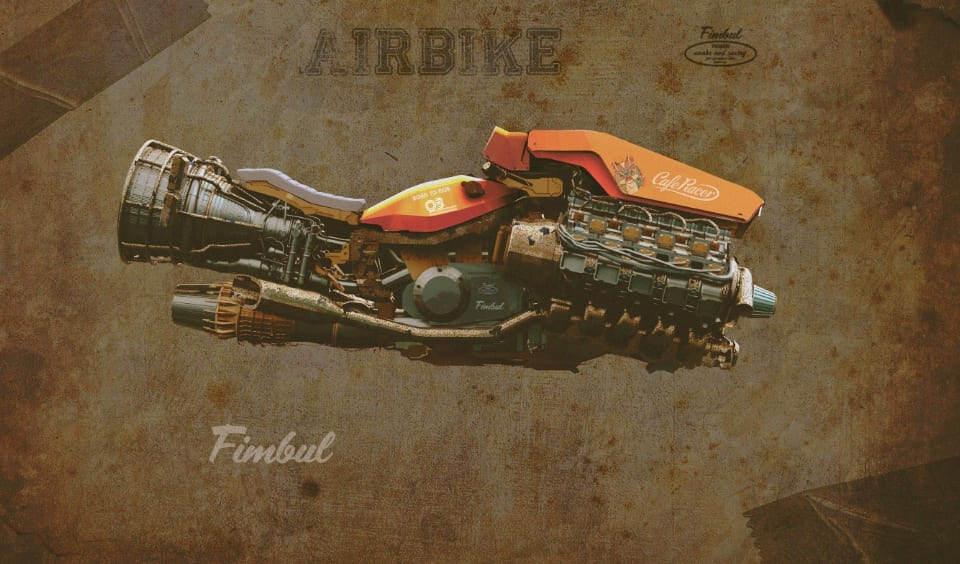 As part of its next phase of Galactic Asset Offering, Star Atlas is offering a new series of space ships. Part of these spacetime-bending Unreal Engine 5 in-game ships is the Fimbul Airbike Spacecraft NFT. Announcement of this sale was made via Star Atlas Medium Page. Below are the details of Fimbul Airbike NFT sale.

The Fimbus Airbike NFT sale will take place on the 3rd of February 2022, by 9 AM PST (5 PM UTC). Following this sale, there will be continuous NFT drops for about two weeks. You can get details about this spaceship on the Galactic Marketplace. Users will also see in-game specs, including Crew capacity, Components and Modules in this page. Star Atlas will release more information just before the NFT sales begin.

This sale will begin with a countdown to the sale. The countdown will feature photo galleries with action shots and schematics. This sale edition will follow previous ones. Star Atlas will offer players the opportunity to get these assets. It will be bringing in a wide variety of ship to this sale. There will be no less than 5 new ships coming to this drop. In this 51, there will be three Titan Class hips that will make your jaw drop. Unlike the other ships, these Titan ships will be sold via auction.

After this drop, players will able to enroll these ships in the Faction Fleet (SCORE). Enrolling in this game feature will enable players to earn ATLAS. This includes future Ship Mission Module and the Unreal Engine 5 Showroom Module. Through this drop, Star Atlas hopes to increase the use of its native token, Therefore, players will use ATLAS token for 80%of this sale. They can use USDC for the remaining 20%.

Fimbul is a nimble spacecraft from the faction agnostic manufacturer. It measures at 3.8 meters or 12.5 feet in length. This space bike consists mostly of reusable material. Most of these materials come from civilian space flight technologies. However, it offers a more special charm and universal utility in Star Atlas game.

The Fimbul Airbike is a perfect option for a space traveler on a tight budget. The Airbike can perform stunts particular to its class. This is despite its engine featuring slightly outdated technology. One drawback is that this space vehicle does not come with any stocked weapon. However, you can equip it to your taste in the in-game marketplace.