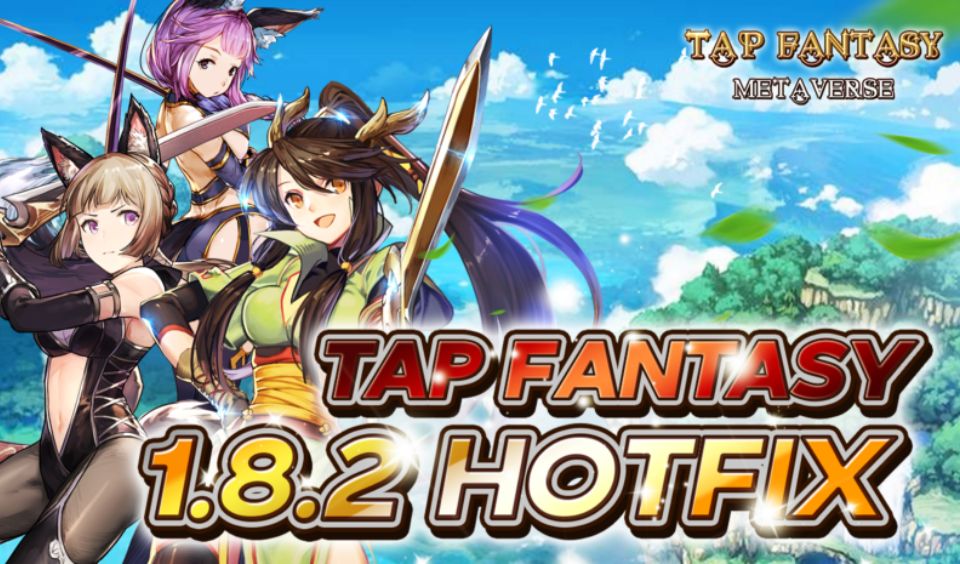 TapFantasy deployed the v1.8.2 hotfix on the 1st of November 2022. This modification will effect changes that will give players easy access to gameplay. Shortly after issuing this update, the team announced the winners of the Fractal Tournament. The team also partnered with X-Metaverse to reward active users.

Hey fams! Check out this V1.8.2 Hotfix announcement, we have made some changes on the handling fee.

Details of the TapFantasy V1.8.2 Hotfix

The TapFantasy V1.8.2 Hotfix will balance the game’s economy by lowering the handling fee. Players will enjoy a cheaper cost of purchasing equipment and other in-game accessories from the marketplace. In addition, the default handling fee for Weapons, Armour, Helmets, Gloves, Ornaments and Artifacts will undergo a 50% reduction. Anyone who owns the Gem Pass will spend 10% instead of 12% as the handling fee. The general reduction is more than 42% of the previous fee. Meanwhile, holders of the Gem Pass will enjoy an additional 17% discount.

According to the team, this update will foster transactions and the exchange of digital assets between layers. In turn, this will increase the circulation of liquidity and balance the in-game economy. Since the launching of Season 3, they have introduced measures to increase the availability of $MC and give the token a more stable application.

Before reducing the fees by 17%, the team got feedback from different players. In addition, they also examined the approaches and designs of other GameFi projects. More importantly, users who have paid the old price will get a refund. This will be done via email notification.

Not long after the reduction of handling fees, TaoFantasy announced that it is collaborating with X-Metaverse. This is the ecosystem behind MetaShooter, The Fishverse and Souls of Meta. They will distribute $2,800 worth of tokens and NFT prizes in the Grand Gaming Quest to 100 lucky winners. This contest will run from the 1st to the 4th of November 2022. It is open to everyone interested in playing the genes listed above.

Blockchain Gaming Industry Q3 Analysis: The End of an Era or the Beginning of New Opportunities